Print
International award winning chef Tobie Puttock began his career working in Melbourne's 'Caffe e Cucina' before travelling to the picturesque Lake Como in Italy to work for 'Hotel Florence'. After many years of perfecting... 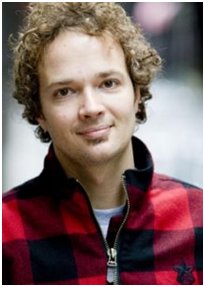 International award winning chef Tobie Puttock began his career working in Melbourne's 'Caffe e Cucina' before travelling to the picturesque Lake Como in Italy to work for 'Hotel Florence'. After many years of perfecting his Italian language and culinary skills Tobie found himself on English shores where he began working at the world famous 'River Cafe'. It was here he worked with and became great friends with Jamie Oliver.
Returning to Australia in 1999 Tobie set up his own restaurant 'Termini' in Melbourne which went on to win 'Best Italian Restaurant 2002' by the Young Australian Achiever Awards. But it wasn't long before his old mate Jamie had a bigger challenge for him and so it was in 2001 Tobie returned to the UK to become Head Chef of the first Fifteen Restaurant, a venture that teaches under-privileged young people how to become Chefs. Tobie seized the opportunity and was instrumental in helping 'Fifteen' - London achieve its status as 'Tatler's-Restaurant of the Year' in 2003.
In 2005 Tobie Puttock returned home to Australia to make his own dream a reality and in September 2006 Australia's first Fifteen Restaurant and Foundation opened in Melbourne. Here Tobie continues Jamie and the Fifteen Foundations work by each year giving 15-20 under privileged Australian youths the chance to become qualified Chefs.
Since his return home, Tobie's honest but light-hearted approach and passion for topics such as organics, sustainability, seasonality, ethical eating and children's health, has seen him in high demand as a guest on some of Australia's favourite programs; '9am with Dave and Kim', 'Good Morning Australia' and 'Ready Steady Cook' and at all Australia's major food events such as the 'Good Food Show's', 'Organic Expo' 'Great Barrier Feast' and 'Gluten Free Expo'.
With his Channel 10 hit series 'Jamie's Kitchen – Australia' in 2006 and Lifestyle FOOD TV series 'Tobie and Matt - Europe and Asia' in 2008, the launch of his two best selling cook books 'Daily Italian' in 2006 and 'Italian Local' in August 2008, his monthly column for Delicious magazine and a 6 month maternity cover stint as Food Editor for Sunday Life - the last 4 years has seen Tobie Puttock and his wild head of hair fast become one of Australia's most well known and loved celebrity chefs.
Far from slowing down in 2009 he continues to write for Delicious Magazine, whilst working on his 3rd book with Penguin and developing his latest TV programming idea.
Subscribe
© 2022 Platinum Speakers