Print
Todd McKenney began dancing at the age of 3 at his mother's dancing school in Perth. He has represented Australia in ballroom and Latin American dancing, winning many international dancing titles - perfect training for his role as Nathan... 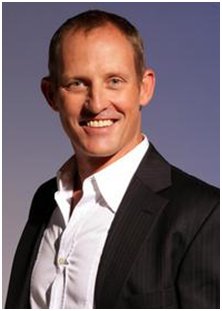 Todd McKenney began dancing at the age of 3 at his mother's dancing school in Perth. He has represented Australia in ballroom and Latin American dancing, winning many international dancing titles - perfect training for his role as Nathan Starkey in Baz Luhrmann's internationally acclaimed film Strictly Ballroom.
He was cast in his first professional musical, Andrew Lloyd Webber's Song and Dance in 1983. From here Todd's career has followed a very neat trajectory. He performed in Born Yesterday, Pirates of Penzance, Camelot, Phaedra in La Cage Aux Folles, Tumblebrutus and Rum Tum Tugger in Cats during its Melbourne season. He then landed minor leads in 42nd Street (Billy Lawlor) and West Side Story (Riff).
Todd was cast in Crazy for You to take over from American lead Jim Walton once his six month contract was up. During the previews of that show, Jim injured his leg with just one day of rehearsals, Todd was on. After landing the prized role of Peter Allen in the critically acclaimed Australian hit, The Boy from Oz, Todd played the role for 766 performances. Singin' In The Rain was a huge opportunity to see Todd at his dancing best as he recreated Gene Kelly's original choreography on stage. Todd received a further Australian Dance Award for his performance.
In 2002 Todd performed his one-man show around Australia and in 2003 he had sell out performances of his show at Taronga Zoo with Sharon Millerchip. Todd played the Emcee in Sam Mendes' production of Cabaret for the Perth and Adelaide seasons.
In March 2004 Todd starred in his own production of 'Todd McKenney LIVE' at Sydney's Star City for a week of sell out shows and again wonderful reviews. Todd and Rachael Beck performed successfully with the Adelaide Symphony Orchestra under the direction of Tommy Tycho. Todd returned to Star City in 2005 for a 3 week season, this time featuring Pauline Hanson. He took his Todd McKenney Live show to Jupiters Casino on the Gold Coast in September and then on to The Palms at Crown Casino, Melbourne in November 2005. At the 2005 Melbourne Cup, Todd sang the National Anthem.
Since 2004, Todd McKenney has enjoyed his role as a judge on Channel 7’s in the immensely popular Dancing With The Stars, which is now in its 4th series. He has also been guest presenter on Channel 7’s Sydney Weekender and hosted Celebrity Spelling Bee also for the Seven Network. Todd also has been a guest breakfast presenter on Sydney’s MIX106.5.
Todd McKenney is currently co-starring with Nancye Hayes in “Six Dance Lessons In Six Weeks” for the Ensemble Theatre speakers with the play scheduled for Sydney Canberra and Melbourne seasons.
Subscribe
© 2022 Platinum Speakers