Print
Well known and much loved comedian, author and media personality Tom Gleeson is always a favourite amongst the crowd.  His quick wit, humour and performance style is enjoyed by all. 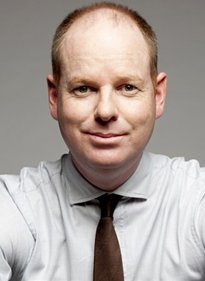 He kept a full house roaring for nearly an hour.

On stage the 33-year-old is quick-witted and charismatic. He talks to the audience with the ease of an old friend catching up over a beer.

Tall-tale-telling manner that constantly engages. Tom on. Very on

Tom was exceptionally well received by the audience. The room was in stiches, and all the comments which came back to me later in the night were how good he was and how much people enjoyed it.

Tom was great, very funny, he had us all laughing from start to finish. Our audience wanted him to stay on for longer and tell us more stories, he is very very funny.

Tom Gleeson is one of Australia's favourite comedians. Besides his many TV appearances, he’s been nominated for a Helpmann Award three times and won the Piece of Wood Comedian’s Choice Award in the Melbourne International Comedy Festival. He has performed several times at the two major comedy festivals in Melbourne and Edinburgh, as well as the invite-only Just For Laughs Festival in Montreal and the Kilkenny Comedy Festival in Ireland. Oh yeah, and the biggest stand up on the planet Louis CK chose Tom to be his support act for his Australian tour. He is the comedian comedians watch.

Tom has performed at the Sydney Opera House, in every capital city in Australia, in London, Dublin, New York, Los Angeles, Singapore, Hong Kong, Jakarta as well as entertaining the troops in Iraq and Afghanistan.

Well known and much loved comedian, author and media personality Tom Gleeson is always a favourite amongst the crowd.  His quick wit, humour and performance style is enjoyed by all.

Tom Gleeson is in every Aussie comedian’s Top 5. A true master of the craft, he remarkably gets better each year, a phenomena that ensures other comics sneak in the back of his always sold out shows.

Tom is a core cast member of ABC TV’s The Weekly, and based on his stand out segment on that show, he now hosts his own smash hit quiz show on the ABC, Hard Quiz.