Print
Tom Steinfort is a multi-award winning journalist, who’s covered the biggest stories in Australia and around the world over the last decade, and now presents the news each morning on the Nine Network’s Today Show. 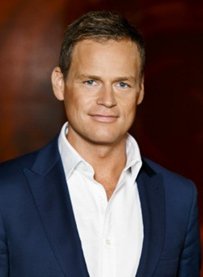 Tom Steinfort is a multi-award winning journalist, who’s covered the biggest stories in Australia and around the world over the last decade, and now presents the news each morning on the Nine Network’s Today Show.

Tom started out on television back in 2005, and since then he’s gone on to become one of Australia’s most recognised and trusted news presenters.

His coverage of the tragic Black Saturday bushfires was recognised when he won the Melbourne Press Club’s Young Journalist of the Year Award, and was also nominated for a Walkley Award.

He moved from his hometown of Melbourne to Sydney in 2010, working first at A Current Affair covering major stories like the Japanese tsunami, Christchurch earthquake, Queensland floods, and also being part of the program’s Logie-nominated investigation into sexual abuse by Robert Hughes on the set of Hey Dad.

In 2013 he was part of Nine News’ coverage of as the NSW bushfire crisis, which was recognised with a Logie Award. From 2014, Tom was a foreign correspondent covering a multitude of major events across the globe: Donald Trump’s presidential election victory, the Paris terror attacks the Oscar Pistorius case in South Africa, Brexit, the Rio Olympics and the World Cup in Brazil.

After returning from abroad, Tom worked at 60 Minutes – most notably being the Australian to gain access to the hermit kingdom of North Korea as the country’s missile program brought them to the brink of nuclear war with the US.

In January, 2019 it was announced Tom would be joining Today as the program’s news reader. Over the years, Tom has also been trusted as the host of various major events by a number of organisations including ANZ, Richmond Football Club, Adidas, Rotary.

Sport is a huge passion of Tom’s, and some of his favourite assignments over the years include reporting from the past two Olympics, the past three FIFA World Cups, as well as covering innumerable Melbourne Cup Carnivals and the State of Origin series in rugby league. He’s also completed the New York and Melbourne marathons, and been to 12 AFL grand finals, the most recent of those being the sweetest of all as his beloved Richmond finally broke its 37-year premiership drought.

Tom is available for MC and hosting roles, facilitating and moderating panel discussions.