Print
Over the years, Tom earned a reputation as a thrill-seeker on the Great Outdoors and as chippy on Room for Improvement.  A great MC and host, Tom is also popular at Tradeshows and exhibitions. 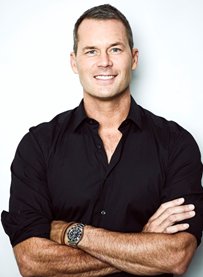 I would like to formally thank you for your involvement in our Extreme Hawaii event last week. When we selected you as our speaker we were looking for something new and different.

Over the past four years we have selected a number of professional MCs to host our gala dinner event. Each year we have been relatively happy with the outcome... this year, because of you, we were ecstatic!

Your opening speech with tips on Hawaii was told with humour, warmth and a genuine desire to help our delegates as much as possible. The number one reason we brought you in early was so you could mingle and get to know some of the guests. Your open and warm nature, combined with your love of life ensured our people really had an opportunity to mix with you but the fact that you knew the latecomers names to our gala dinner (some of which our own team did not know) totally blew us all away.

I want to personally thank you on behalf of our whole team and the senior management team for an outstanding job. You went above and beyond for our people and I have never experienced such a buzz from the winners as what was described by meeting and interacting with you.

The time you took for photos with our delegates, to the million meetings we asked you to attend, and your brilliant close at the gala dinner meant our people have rated this part of the event the best ever.

I will have no hesitation in recommending you to any corporation in the future and would be more than happy to be a referee if the opportunity arises. It has been an honour to work with you and thank you for being such an important part of our Extreme program in 2008. We look forward to hearing about your future success and would love to work with you again.

Tom Williams travels from NSW
Fee Range: Up to $5000

A carpenter by trade and a popular media personality, Tom Williams has earned a reputation as both a thrill-seeker and all-around ‘nice guy’. Having worked with the Seven Network across a variety of programs, including The Great Outdoors and Dancing with The Stars, Tom is currently on-air each weekday co-hosting the popular lifestyle show, The Daily Edition.

Tom’s first foray into media began with radio in July 2000, when he appeared as a regular guest on Merrick and Rosso’s Triple J radio show as Tom the Chippy. Tom moved with the duo to NOVA the following year, running The Chippy’s Driver Reviver segment every Friday morning. This soon led to television opportunities, with his knockabout charm and popularity amongst audiences making him a natural choice for the role of resident carpenter on the Seven Network's DIY show, Room for Improvement in 2001.

Tom’s popularity with audiences soared in 2005 after his winning performance on Dancing with the Stars and his relationship with Seven Network continued to thrive. Since then, Tom has enjoyed co-hosting roles for Gladiators, Rexona’s Greatest Athlete and the travel show, High Road Low Road, as well as a 4 year stint as the host of Surf Patrol. He also joined the Channel Seven commentary team at the Beijing Olympics and for the Kelloggs Nutri-Grain Iron Man Series.

One of Tom’s most relished roles was that of reporter on popular travel show, The Great Outdoors (2001 – 2012). A ski/snowboard enthusiast, competitive ocean kayaker and keen surfer, the show was a perfect fit for Tom. Over seven years, he presented from more than 60 trips spanning 25 countries and found himself paragliding over Switzerland’s Matterhorn, trekking through the Guatemalan jungle, exploring an active volcano in Costa Rica, and walking the Inca Trail into Machu Picchu amongst many other adventures.

When not working, Tom enjoys spending time with his family and baby girl. A Sydney boy born and bred, Tom is also an ambassador for the Sydney Swans AFL team and likes to spend his downtime enjoying the sun, sand and surf all over Australia.