Print
Tony Barber is one of the best known Television personalities in Australia. Born in England, he came to Australia in 1947 and upon leaving school entered The Royal Australian Navy as an officer cadet. He graduated and was given further training in... 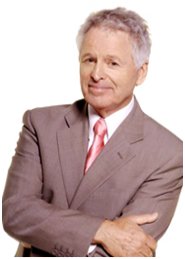 Tony Barber is one of the best known Television personalities in Australia. Born in England, he came to Australia in 1947 and upon leaving school entered The Royal Australian Navy as an officer cadet. He graduated and was given further training in England. In 1960 Tony left the Navy and returned to Western Australia. For the next two years he worked as a DJ for 6GE Geraldtown before joining 6PM Perth in it's then highly rated teen-time program. At the same time Tony was also regularly appearing on the cabaret circuit as a singer. After a few years in Perth, Tony travelled to Sydney and worked as an account executive for a leading Sydney advertising agency. He also made use of the opportunity to continue his club appearances.
His career in television began quite by chance in 1969 when he was making a demonstration film for a new commercial. Tony stood in for the 'star' and the people who saw the clip liked it so much that he was used for the actual commercial - and suddenly found himself as the Cambridge whistler.
Through the mid sixties Tony Barbar pursued his dreams in Sydney via Hotel Talent Quests, a regular gig as resident compare and vocalist at the legendary Spellsons Nitery in Pitt St. and a day job as an advertising executive. He cast himself as the Cambridge Whistler, the central character in a TV cigarette and came under national scrutiny. The commercial caught the public imagination, and more importantly the eye of Bruce Gyngell then directing the Network 7 Revolution. Gyngell proposed Tony as Host for the Grundy daytime show Temptation and his career really took off from there.
Prime time followed with Great Temptation, a Gold Logie, a series of Gold Albums for R.C.A. and sell-out concerts all round the country. Including the Temptation series Family Feud , through to eleven years with Sale of the Century, Tony estimates hes hosted over 8,500 individual episodes of successful Grundy Games.
Tonys own show 'Who am I', is a one man musical biography which hes played in over three hundred venues to over a quarter of a million patrons. His recently published autobiography (Random House) of the same name, made the best seller lists nationally in May 2000, and has been critically acclaimed.
The demand for Tony Barbars services in the Corporate sector is constant and has included long term associations with Westfield Corp., Hyundai, Diners Club, Trafalgar Tours, and presently Renaissance Television and Primelife Corporation. Tony's "Cash Trivia Challenge" on Foxtel's Ch.1 has run 7 nights a week 40 weeks of the year for the past 3 years. He also works with Visy Industries, Australia's biggest manufacturer and distributor of packaging and paper products, and for the Pratt family and associated Charities and Companys as Entertainment co-ordinator and Presenter.
Subscribe
© 2022 Platinum Speakers