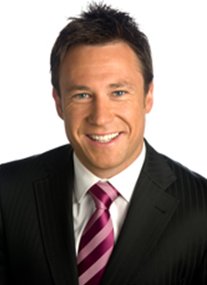 Recently Troy Gray was our M.C. for the ETSA Utilities quiz night raising funds for the Zero to One Foundation. Troy was fantastic. He was witty, approachable and very relaxed in his role as MC. Troy truly brought the whole night together in a professional and funny manner. Troy has a rare talent of making everyone around him feel relaxed and happy. It was a delight to work with Troy and I would recommend him to anyone who is looking for an MC. I look forward to working with Troy again in the future.
Sean Teehan - Treasurer SA, Zero to One Foundation

In 2004 and 2005 the South Australian National Football League has been delighted to have Troy Gray fill the role of Master of Ceremonies at our Media Awards night. The night recognises outstanding media coverage of our football competition and given that the nominees are all media industry identities, it is vital for us to have a professional MC with outstanding presentatation skills and an entertaining style befitting the occasion. Troy has been ideal to work with.
Paul Anderson, General Manager - Marketing & Corporate Affairs, SANFL

Troy Gray is an enthusiastic person, who puts 100% into everything that he does. His many talents include producing and presenting 'Feeling Good' for Adelaide's Channel Nine.
Kellie Drew, Publicist, Channel Nine Adelaide

Troy Gray's career as a professional footballer started when the Sydney Swans drafted him in 1991. Troy remained with Sydney until being traded to St.Kilda in 1997. In 1999 Troy ventured into the radio industry with Triple M and co-hosted a nightly radio show, produced the breakfast program and was a member of their AFL commentary team.

Troy worked with Channel 7 Adelaide in 2000 as part of the "Footy Plus" sports panel and also co-hosted the morning lifestyle program "AM Adelaide". By 2002 Troy was working with Triple M, MC of corporate and sports events, appearing in national television commercials, working with the pay TV channel "Fox Footy" and had left Channel 7 to establish a career with Channel 9 as host of the "Building Ideas" series.

In 2003 Troy branched out into television production and formed the "Feeling Good" program on Channel 9. In December 2004 Troy commenced work with Channel 9 News as a News Reader (sport). In 2005 he aired his first television Documentary and has since filmed a further ten award-winning TV documentaries which have screened internationally.

Currently, Troy continues his role as a TV Presenter, hosting and producing documentaries, and MC'ing functions on a weekly basis.