Since retirement Tredrea has worked with Channel 9 Adelaide in various roles. In December 2013 Warren was appointed as Channel 9 Adelaide's Weekday Sports Presenter  and has also been a regular radio commentator on Triple M Adelaide 104.7FM.  Warren is also a professional and confident Public Speaker on Leadership, Development, Culture & Sport. 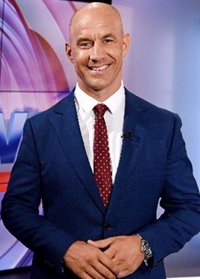 Warren Tredrea travels from SA
Fee Range: Up to $5000

He also writes a weekly newspaper column for News Limited “The Advertiser” Newspaper throughout the AFL Football season.

On 4th June 2014 Warren was inducted into the Australian Football Hall of Fame for his outstanding performances as a player over his 14 year career.

The importance of a Leadership Culture