Print
Wayne Gardner is the first Australian to win the prestigious 500cc World Motorcycle Championship. Born in Wollongong Wayne Gardner developed an early passion for bike riding. Competing in his first race on a mini bike in 1972 this... 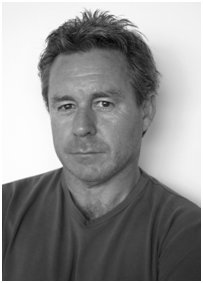 Testimonials for Wayne Gardner AM


Born in Wollongong Wayne Gardner developed an early passion for bike riding. Competing in his first race on a mini bike in 1972 this which eventually lead to become one of Australia’s most decorated motor sports success stories.
Named ABC Sportsman of the Year, awarded the Member of the Order of Australia (OAM) and named the Sport Australia Sportsman of the Year in 1987, Wayne Gardner is the first Australian to win the prestigious 500cc World Motorcycle Championship in 1987. Then in 1989, the highlight of Wayne’s career was his win at the inaugural Australian Motorcycle Grand Prix at Phillip Island. Then, in 1990, against almost impossible odds, Wayne repeated this victory riding with a broken wrist bone as well as a broken fairing.
Wayne Gardner announced his retirement from Grand Prix racing in 1992, ending his illustrious career with a win in the 1992 British Grand Prix. Wayne’s career record includes 18 Grand Prix wins and an unequaled four victories in the Suzuka 8 hour Endurance event.
From 1993, Wayne commenced his four wheel racing career with the Holden Racing Team with an extensive list of successful years in endurance including the Melbourne Grand Prix, Indy Car, Sensational Adelaide 500km endurance and the 1000km Bathurst endurance and in 1998 competing for the first time at the Le Mans 24 Hour race in a Riley and Scott LMP1 Ford. As a veteran 24 Hour driving specialists, in January 2003 Wayne Gardner retired from motor racing completely and is now enjoying new career challenges.
His current career roles are as a Director of his family motorcycle import and distribution business, Wayne Gardner Enterprises. Wayne is currently working on a number of commercial and residential property developments and investments and owns and runs a cattle breeding farm on the South Coast of New south Wales. Wayne also works with a group of different charity organisations, with his main focus as a Governor of the APEX Foundation of Australia.
Wayne Gardner enjoys living on the Northern Beaches of Sydney with wife Toni and two children Remy and Luca.
Subscribe
© 2022 Platinum Speakers