Print
Writer and reporter Andrew Rule has written, edited and published more than 30 true crime books – including the best-selling Underbelly series with John “Sly of the Underworld” Silvester. Their work inspired the hit Underbelly television drama... 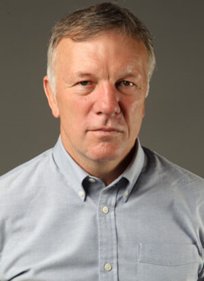 Andrew was great and gave a very informative and unique insight into past and recent investigative activities into crime.

Andrew was very well received by our community. He did very well catering to the topic of Fake News and education. Andrew clearly made a great effort to research the topic and gear his presentation to suit our conference audience. Andrew was informative and entertaining. We thank Andrew for his professionalism, wit, expertise and talent.

Andrew gave an incredible insight into the 'other' side of the 'Underbelly' world from personal experience as one of Australia's leading investigative journalists. Compelling listening that peeled away the romance of the life of crime.

Andrew Rule travels from VIC
Fee Range: Up to $5000

Andrew Rule broke into metropolitan newspapers when he suggested to the then editor of The Age that the rival Herald had offered him a job. At the time, he was the only cadet reporter in captivity to have ridden the winner of a horse race. He had previously worked for ‘The Times’ and ‘the Spectator’ – the Gippsland Times and the Maffra Spectator, in East Gippsland.

Rule went on to cover some of the most notorious Australian stories of recent decades – and live to tell the tale. He broke the Jennifer Tanner case, which resulted in an inquest finding being quashed and serving policeman Denis Tanner being named as a killer by the Coroner. The resulting documentary A Death in the Family won a Logie and was highly awarded.

Rule has written, edited or published more than 30 true crime books – including the best-selling Underbelly series with John ‘Sly’ Silvester, which inspired the television drama on Melbourne’s gangland war. He and Silvester ghosted the Chopper books that led to the acclaimed feature film starring Eric Bana.

He is now an associate editor of the Australia’s biggest daily, the Herald Sun, for which he writes features and columns. He wrote the definitive biography of businessman Kerry Stokes, published in 2015, and the award-winning biography of the world champion racehorse Winx in 2018. He has won many national journalism awards and has been sued almost as often. His hobbies include slow racehorses and cutting firewood.

A life of crime - Chilling, thrilling and funny stories from the Underbelly co-author

Racing, rorts and all - The only Journalist of the Year to ride a winner spills the beans