Print
Azim Khamisa is an inspiration. Hailed by dignitaries such as the Dalai Lama, Former President Bill Clinton and Al Gore, Azim carries his inspirational message of forgiveness, peace and hope into a world in desperate need of each. Following the... 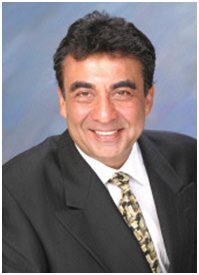 Azim Khamisa is an inspiration. Hailed by dignitaries such as the Dalai Lama, Former President Bill Clinton and Al Gore, Azim carries his inspirational message of forgiveness, peace and hope into a world in desperate need of each. Following the loss of his only son Tariq in 1995 to a senseless, gang-related murder, Azim chose the path of forgiveness and compassion rather than revenge and bitterness, and this amazing choice led to the establishment of the Tariq Khamisa Foundation and the subsequent forgiveness movement which has reached millions.


Azim Noordin Khamisa – author, activist and inspirational speaker – was born in Kenya, Africa and had early training in mathematics, economics and international finance. A successful international investment banker with over 35 years experience, he has conducted business in Africa, Middle East, Europe and Asia. A man always on the go, taking action for societal transformation, he is presently the Chairman, CEO and Founder of the Tariq Khamisa Foundation (TKF) and Founder and National Director of the Constant And Never Ending Improvement (CANEI) program.
Committing his life to halting the continuing cycle of violence among the youth, Azim became a social activist after his 20-year-old son Tariq was senselessly murdered while delivering pizzas in January 1995 by Tony Hicks, a 14-year-old gang member. Out of unspeakable grief and despair, Khamisa was inspired to transform his loss through the miraculous power of forgiveness. Believing that there were “victims at both ends of the gun,” Azim forgave Tony and founded the Tariq Khamisa Foundation to break the cycle of youth violence by saving lives, teaching peace and planting seeds of hope in their future. A month after establishing the foundation, Azim invited Ples Felix, Tony’s grandfather and guardian, to join him. Together, since November 1995, the two have brought their story and message through TKF’s Violence Impact Forums. The duo has reached a half a million elementary and middle school children live and over 20 million via video programs, guiding the youth to choose a peacemaker’s life of non-violence and forgiveness.
Because of his powerful story and message, Azim is a highly regarded and respected leader and a sought after speaker nationally and internationally. Having given 400 keynote address speeches all over the world – including an audience of 300,000 at the “Stand for Children” rally in Washington D.C. in 1996 – Azim has received more than 60 regional, national and international awards.
Awards that include: in April 1997 the National Crime Victims Special Community Service Award presented by President Bill Clinton and Attorney General Janet Reno. In December 2002, he received the prestigious “Search for Common Ground” international award for “Building Peaceful Communities” along with Archbishop Desmond Tutu and Ted Koppel.
Other recent awards include 2003’s “California Peace Prize,” 2006’s “Freedom Heroes Award,” 2008’s “Death Penalty Focus Award” and “The Spirit of Crazy Horse Award,” the latter being given alongside Muhammad Ali. As well, in June 2004, Azim participated in the Synthesis Dialogues, with His Holiness the Dalai Lama, held at the Pope’s summer residence in Castelgandolfo, Italy. Azim’s profound work has been featured in the likes of The New York Times, Oprah Magazine, People Magazine, Parade Magazine, Washington Post and U.S.A. Today as well as on NBC’s Today Show, Nightly News, CBS’s Early Morning Show and KPBS’ Fresh Air.
In his keynote speeches Azim covers a diverse arena of topics, including successful management teams, forgiveness, responses to terrorism, restorative justice, compassionate relationships and conflict resolution – with each one customized specifically for his audience. Invite him to speak at your corporation, organization or gathering, and be moved, motivated and inspired.
Subscribe
© 2022 Platinum Speakers