Print
Belinda Neil joined the NSW Police in 1987 at the age of 19. During her eighteen year police career she worked in general duties, as an undercover operative, and as a major crime squad detective investigating illicit drug operations, organised crime, and homicide. Belinda was also a police hostage negotiator and trained at Counter Terrorist level. 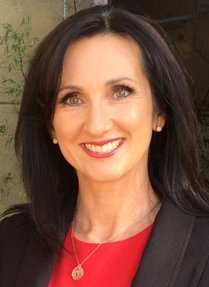 "We thought Belinda was fantastic very engaging and content was interesting. Belinda was also very pleasant to deal with."

Shuzaha Houghton, The Association for Women in Insurance

"Belinda Neil is a great listener. She is also a great speaker! Her ability to really listen to what our client wanted meant that we had our message delivered to our audience exactly as we needed. She met with our team in person to discuss the conference direction and objectives which was a real benefit to all of us. Her willingness to make herself a part of our conference rather than just a speaker and spend time with our delegates over the 3 days was fantastic. She led a very strong keynote session ‘Under Siege’ on the first day followed up by a workshop ‘Responding to Difficult People’ on the final day. Both sessions received very positive feedback from our 175+ delegates."

"Belinda gave a very inspiring talk with regards to some of her experiences in a trauma filled career which she loved and endured. Her voice is now for those who have been diagnosed with Post Traumatic Stress Disorder (PTSD) and the strategies that she personally found useful on her road to recovery.

Guests were glued to their seats whilst Belinda conveyed some of her most confronting cases. She articulated the events with great aplomb and the instant report back from the room was that she is incredibly inspiring and is a model of a non-blaming attitude but rather focuses on recovery.

Her eighteen year career was fuelled with an inquisitive intelligent mind coupled with her respect and strong values for doing her very best. This included having to deal with devastated families who were traumatized through crime.

Her book is a gripping and confronting recount of front line workers from which the public is largely shielded. She recounted some of her negotiation work which parallels the work carried out by mediators world wide. Her training apart from hostage negotiations was the Alternative Dispute Resolution model."

Belinda Neil joined the NSW Police in 1987 at the age of 19. During her eighteen year police career she worked in general duties, as an undercover operative, and as a major crime squad detective investigating illicit drug operations, organised crime, and homicide. Belinda was also a police hostage negotiator and trained at Counter Terrorist level.

At 32 she was a Team Leader for one of only five Counter Terrorist Negotiation Teams for the Sydney 2000 Olympics. In 2002 Belinda was promoted to the rank of Inspector, one of the youngest operational inspectors in the state at that time.

In 2005 Belinda medically retired due to Post Traumatic Stress Disorder, developed as a result of the many traumatic incidents she had attended.

One of Belinda's main aims is to raise awareness about Traumatic Stress Disorder - PTSD . After undergoing years of therapy for PTSD, Belinda became aware of numerous hard working police officers and defence personnel who were also medically retired due to PTSD, some committing suicide as a result of their traumatic experiences.

After learning so much in therapy and what had helped on her road to recovery, Belinda felt she might be able to make a difference to others by telling her story in her book 'Under Siege'.

Belinda will take you on a journey sharing her work experiences in some of the most dangerous and high risk areas in policing. Belinda will talk about the effect of this work, succumbing to PTSD and severe depression, the personal toll on her ability to function including seriously considering suicide. Belinda will explain how to recognize and cope with such events to minimise their impact, and, most importantly, Belinda will discuss with you her road to recovery.

‘Under Siege’ - Outlines Belinda’s policing experiences and the ‘lived experience’ with PTSD. Belinda is a passionate advocate of PTSD and continues to raise awareness about PTSD and research methods of early intervention and management tools for PTSD.

‘Dare to Listen - and Achieve Influence’

’The Art of Negotiation - a Hostage Negotiators Perspective