Print
After completing the Hotelschool in The Hague, the first part of Bert van Walbeek’s career was accomplished in Europe working in operational and later sales and marketing positions in Hilton, Inter-Continental, Canadian Pacific and Sheraton... 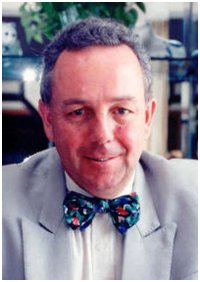 After completing the Hotelschool in The Hague, the first part of Bert van Walbeek’s career was accomplished in Europe working in operational and later sales and marketing positions in Hilton, Inter-Continental, Canadian Pacific and Sheraton Hotels around Europe.
The second part started with his arrival in Thailand in 1985, where he spearheaded the successful marketing efforts to reposition the Royal Orchid Sheraton.


He also became a member of the Marketing Committee of TICA (Thailand Incentive & Convention Association), and was the Founder and first President of the Thailand Chapter of SITE (Society of Incentive Travel Executives).
By the end of 1988 he was appointed as Sheraton’s Vice President Marketing for the Middle East, an area that covered 5 time zones and 26 hotels. During this tenure he had to face the marketing opportunities of the Gulf Crisis and developed the "Back To Normal" concepts for both the Sheraton Hotels in the area and for the Egyptian General Authority for the Promotion of Tourism. These recovery programs were launched 2 weeks after the Gulf Crisis was resolved.
In 1991 he returned to Thailand and joined Siam Express as Executive Vice President in charge of the International Division and in 1992 he was again elected as SITE Chapter President, he was also awarded the EIBTM/ITME Incentive Travel Personality Award for the Asian region and became once more a Board Member of TICA and Chairman of TICA’s Marketing Committee.
Once again he had to face the opportunities of a crisis, in May 1992, and as Chairman of the TAT Marketing Working Group for the 1992 Recovery Committee developed the “The World, Our Guest”- campaign. From 1994 until 1996, he was Country Director Thailand for MotivationAsia and introduced the concept of Motivation and Incentive to various Thai industrial enterprises.
His expertise is well known in the Asian Travel Industry. He has trained hundreds of sales people through TICA, SITE and individually developed courses on selling destinations and on conference and incentive handling in Asia and has always been, and still is, deeply involved in Asia’s Tourism Industry. Insistent requests by hotel managements to tap into his vast experience led to a decision to begin working on The Winning Edge concept in 1993 and, after several trial runs with diverse hotel groups and travel products, he is now Managing Director of The Winning Edge company, offering marketing audit, sales and service training and consultancy services to the hospitality, car and pharmaceutical industries.
From May 1998 – August 2000 he returned to the hotel industry as General Manager of the 500-room Siam City Hotel and was able to deepen his understanding for the overall managerial and owner’s challenges of running hotels.
In November 2002 he was selected to a member of the PATA Bali Task Force and afterwards completed, in cooperation with PATA, an information brochure on Crisis Management: “Expect the unexpected“. Based on this publication he has lately conducted seminars on Crisis Prevention and Management in all of Asia for organizations like APETIT, China Outbound Forum, ICCA, IT&CMA, HotecAsia, UNESCAP and Tourism Malaysia,
In addition to those activities he is lecturing the “next generation” at Universities in Chiang Mai, and Bangkok, as well as at the “Akademie fuer Touristik” in Freiburg, Germany.
His company, The Winning Edge, is presently handling projects in China (PRC), Chinese Taipei Indonesia, Malaysia, Pakistan, Vietnam and, of course, Thailand.

CONSULTATIVE SELLING - Selling by offering solutions
NEGOTIATING “WIN-WIN” - Getting to “ YES “ by cooperation
MARKETING FOR MORE - One for all, all for one
STRATEGIC MARKETING - Being simply the best
REPUTATION MARKETING - Every crisis is an opportunity
TOTAL SERVICE DEVELOPMENT - Putting your customers first!
TEAMBUILDING - Together Each Achieves More
Subscribe
© 2022 Platinum Speakers