Print
Björn Again were founded in 1988 by 2 Melbourne muso mates - Rod Leissle (left) and John Tyrrell (right) pictured above. It was while John and Rod were working together at a metallurgical research laboratory in Melbourne mid 1988 that they... 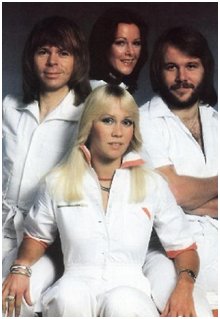 Björn Again were founded in 1988 by 2 Melbourne muso mates - Rod Leissle (left) and John Tyrrell (right) pictured above.
It was while John and Rod were working together at a metallurgical research laboratory in Melbourne mid 1988 that they decided to brainstorm some entertainment concepts. This included ideas for clubs, trivia nights, live bands and shows.
One day in October 1988, Rod suggested to John they put together an ABBA show, as ABBA were by far the biggest band in the 70s in Australia but were now long forgotten, and an ABBA show done in the right way may just be a great entertainment concept
At first John was not into the idea: ‘What! An ABBA band! You’ve got to be kidding!’ - but then thought that if it was done cleverly and properly, with a very punchy rocky feel and in a parody-humourous style it may work. Plus it was the right time as the kids who were originally into ABBA in the 70s were now at the age where they were going out to see live bands in pubs and clubs. This could even be a cult type band. ‘Alright Rod - let’s do it!’ At the very least it would be a lot of fun putting it together, especially auditioning all those girls!
The first press advertisements seeking band members were placed in October 1988, auditions took place in the months after, the original band lineup was finalised late 1988 and rehearsals began. Crikey where do we find platform shoes?
The band’s name was decided as ‘Björn Again’ as suggested by Rod, no doubt the perfect name for the concept. John was appointed the band’s manager, who arranged the first gig which took place at The Tote in Collingwood Melbourne Australia on Saturday May 6th 1989. The gig was packed and the audience went nuts. Björn Again had ARRIVED!
After then, despite attracting lots of gig/tour interest and media attention, it was originally felt that the concept had a limited life as the band would never be involved in recording or touring interstate or overseas as cover bands just can’t do any of that. But with a relentless drive to push the scope of BA wider and further, the band expanded and expanded, progressing to become a household name world wide and the most successful tribute band of all time, even attracting the attention of ABBA, the band they were paying tribute to!
And the rest they say is history!
"Fans had better make the most out of Björn Again because that's the closest they are going to get to seeing ABBA. ABBA will never reform!" Björn Again have gone to become one of the most popular acts in the universe and are currently in their 17th year, having performed over 4000 live shows in over 60 countries world-wide. They are without doubt one of the most entertaining live rock shows to ever grace the stage. DON'T TAKE A CHANCE on anyone else!
Subscribe
© 2022 Platinum Speakers