Print
Dr Bruce Cotterill launched his own computer company at the age of 22, and through leadership roles in a European strategic consulting firm, an Australasian commercial real estate services company and, a New Zealand based media group before the... 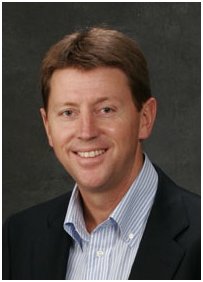 Dr Bruce Cotterill launched his own computer company at the age of 22, and through leadership roles in a European strategic consulting firm, an Australasian commercial real estate services company and, a New Zealand based media group before the age of 40, Bruce Cotterill describes his career as a "vertical learning curve".


Through an unrelenting focus on bottom line, Bruce has developed a reputation for outstanding performance, particularly in leading loss-making businesses into profitability. Throughout the 1990's, firstly as Managing Director for NZ and subsequently as CEO for Australia for commercial real estate services giant Colliers Jardine, and despite an ailing, post-crash real estate market, he consistently led businesses in that industry to exceed profit expectations.
During most of the last 8 years he was the Managing Director of Kerry Packer’s ACP Media Ltd in New Zealand where he oversaw another substantial turnaround in profitability in what he describes as one of his most stimulating and satisfying roles to date.
Bruce Cotterill left ACP Media and took up a 12 month contract as CEO of Canterbury International, where he was responsible for a major restructure of that business. After taking a sabbatical during 2005, during which time he went on an extended trip to Europe with his family, he was appointed as CEO of Gullivers Travel Group in NZ, just in time to lead the Company through the takeover by S8. Having “temporarily retired” from corporate life, he now works on a range of commercial projects for corporate clients in Australia and New Zealand and he is currently the Chairman of Noel Leeming Group, a Director of Yellow Pages Group, and a Member of the Advisory Board of Gresham Private Equity in Australia.
In his “spare time” he is a highly regarded business communicator assisting service organisations to maximise their profitability through focussing on what he calls the “7 Principles of Profit”.