Cameron Scwab has been at the forefront of the Australian Football League (AFL) for over 30 years. His leadership and involvement with the Richmond, Melbourne and Fremantle football clubs has positioned Cameron as the eighth longest serving CEO in the 150 years of AFL. 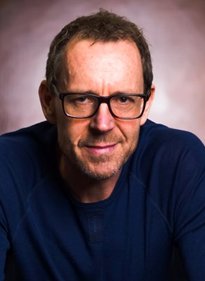 “One of Cameron’s key messages is that ‘leadership is so personal’. He is remarkably generous in sharing his intensely personal journey and reflects on how this informs his leadership, trust and high performances frameworks. These models developed over 25 years of leadership practice resonated deeply with the CEO Forum members and provided them with fresh insights to take back to their own businesses.”
Richard Lindell, CEO International CEO Forum

“Cameron absolutely smashed it out of the park. His presentation opened up the rest of the event to being authentic, which became the catch-cry for our retreat. He is world-class and will deliver outstanding content that is practical, unique and delivered with vulnerability and authenticity.”

“Cameron Schwab’s presentation to the CEO forum was raw, passionate and insightful. His engaging style and willingness to share his own story in a way was at times raw and vulnerable. His insights into leadership and the challenges that go with it, gave me a lot to think about.”
Jim Mole, CEO Ameropa Australia

“Absolutely inspirational and will make a difference to what I think and what I plan to do. Cameron’s passion and great storytelling skill meant his message was delivered 100 times louder and clearer.”
Richard Ye, General Manager Australia and New Zealand, Armstrong Flooring

“I was not expecting it to be so raw and authentic. I admire Cameron for opening up and showing his vulnerability. It made me question myself as a leader and analyse my own actions and identify areas I need to consciously work on.
Trish Millard, Director, Accounting Confidential

“Cameron is an amazing person. His business achievements and knowledge speak for themselves but his ability to understand and combine the normal struggles and challenges people face alongside of business challenges is where his strength lies.”
Aaron Wilson, General Manager, Michael Wilson Diamond Jewelers

“Very well put together presentation, delivered in an extremely professional manner. Cameron was able to earn praise and acceptance from all of our delegates - even those one eyed supporters of another footy club!! An excellent session and I would recommend Cameron highly."
Local Government Managers' Australia Conference

“Excellent speaker. The overall feedback from attendees has been great. Cameron established a good rapport with the audience and conveyed his message extremely effectively."
Goldfields Esperance

“You cannot just DO leadership, you must BE leadership” 25 years as a CEO of AFL clubs, Cameron learnt quickly what it meant to BE LEADERSHIP. As a leader in the unforgiving, unrelenting and often ruthless environment of elite sport he discovered the expectations of the position often move faster thank your capacity to build capability.

As a result of these experiences, Cameron now works with CEOs and emerging leaders across many industry sectors and organisations to achieve high levels of trust – personally, culturally, strategically and organizationally, as the basis of high performance.

He is also a compelling story teller and speaker who draws upon his 25 plus years as a leader to enable his audiences to be courageous, confident and creative leaders.

After cutting his teeth as a recruiter at the Melbourne Football Club when the Demons made the finals for the first time in 23 years, Cameron was appointed CEO of the famous Richmond Football Club at age 24, the youngest in the history of the game.

For most of the next 25 years, he was CEO of Richmond, Melbourne and Fremantle, when those clubs were at their lowest ebb, both on and off the field. He is the second longest serving CEO in the modern game.

Having taken on some of the sport’s most difficult and daunting challenges, Cameron established a track record of building teams and organisations, unifying groups while navigating periods of genuine adversity and complexity.

He is a legacy-focused leader who has bounced back from setbacks, taking on the sport’s most challenging leadership roles.

Cameron holds an MBA and Master of Marketing from the Melbourne Business School. He has also completed the Advanced Management Program (AMP) at the Harvard Business School and is a Vincent Fairfax Fellow of the Centre of Ethical Leadership at University of Melbourne. He received his Coaching Certification from the Columbia Business School in New York.

His articles on sport and leadership have been published in The Age newspaper.

Cameron is also an artist and illustrator, studying Fine Art at the Victorian College of the Arts (VCA).

•          Appointed General Manager (CEO) of Richmond Football Club at 24 and was the youngest person to hold this position. Cameron was tasked with developing and implementing a project called ‘Save Our Skin’ (SOS). It was this campaign that saved the club from bankruptcy and was nominated as Richmond’s ‘Defining Moment of the Century’ at the 2008 Centennial Celebrations.

•          As CEO of Melbourne Football Club his key objective was unification. Melbourne went from last to top 4 in one year and Grand Finalists two years later whilst operating profitably and growing attendances by 65%.

•          As CEO of www.afl.com.au (AFL’s official website), he developed strategies for the inaugural sale of the online rights to Telstra and is now one of the AFL’s most important assets.

•          As CEO, Fremantle Football Club was transformed from a loss making, debt laden club (that never placed higher than 12th) to a regular finalist and ranked in the top 3 AFL clubs in terms of profitability and resources. Revenue increased by 320% and the balance sheet improved by $13m.

•          12 months after assuming the role as CEO, Melbourne Football Club posted a profit after effectively loosing $3m in the previous trading year. Ongoing profitably enabled the club to extinguish $5m of debt and build an asset base of $6m. Revenue grew by 60% despite embedded strategic constraints.

Why book Cameron to speak?

•          There are few leadership speakers accessible in Australia today with Cameron’s vast leadership experience and his unique capability to engage with an audience.

•          He shares honest personal stories and real-life experiences, delving into the deep challenges he has faced as a leader, navigating change and building trust in teams and organisations over the past 30 years. It’s these stories that create an emotional connection with the audience from start to finish.

•          Cameron provides audiences with practical, useful tools and frameworks he has developed from his many challenging leadership experiences.

•          He honours the opportunity to speak to audiences with immaculate preparation, authenticity, energy and with a commitment that the audience will be moved and motivated to action.

•          His presentation, stories and content will resonate long after the audience has left the room.

The need for the leader to honour the people whose personal development they’ve been entrusted, firstly by recognising that leadership is not something to DO, it is something to BE.

What business can learn from professional sport

Business often turns to the football codes when seeking to understand the key concepts of team, particularly, the role of leadership in terms of establishing a winning culture and executing a game plan.