Captain David Evans is a leader. A veteran Qantas pilot, who was faced with the biggest challenge of his career on Airbus 380 which was crippled in the air above Singapore.  An intense situation, David shares his experience, knowledge and skill and how these processes can be used in everyday life. 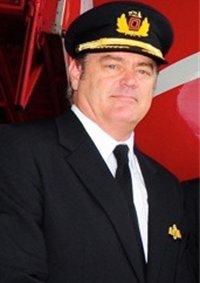 At the time, Captain Evans was a Senior Check Captain, overseeing the training of the flight’s pilot. It was the first incident of its type for the Airbus 380 and the most dangerous near-disaster QANTAS had ever faced. One engine was completely destroyed, shrapnel had caused extensive wing damage and started a fuel leak which led to a fire and two more engines to operate at a degraded level. Hydraulics and brakes were also damaged.


It was the leadership, presence of mind and teamwork displayed by Evans and the flight crew which saved the flight.

Faced with cascading mechanical failures they had the presence of mind to not rely on the in-flight computer and had almost immediately begun to assess the systemic issues manually after it became apparent the computer wasn’t keeping up, a decision which likely saved the lives of all on board.

David also recognised that today’s travellers are vastly more savvy than their pre-internet counterparts and that it was vital to prevent panic, which he did by keeping passengers calm and informed with continuous in-flight announcements.

It’s this belief in the human factor that makes David such a compelling leadership figure. While we rely on technology, it was teamwork, leadership & management, decision making, communication and situational awareness which saved the day: blindly following technology would have resulted in disaster.

As a speaker, Captain Evans has been invited to work with Air France and British Airways, training pilots in handling risky situations and teamwork. A recognised authority on management in times of extreme crisis, David Evans knows how to help your team pull together when quick thinking is required to save the day.

Leadership in times of crisis