Casey Donovan is a powerhouse entertainer and one of Australia’s most versatile. With her hit songs Big, Beautiful & Sexy and Listen With Your Heart as well as songs by Michael Jackson, Tina Turner, Mama Cass and more in her repertoire, this award winning performer is an excellent choice for your next community or corporate event. 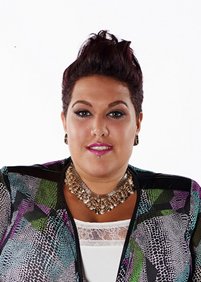 Casey Donovan and band were a fabulous success at our Gala charity dinner.  The feedback from delegates has been overwhelmingly positive.  Casey was not just a performer but interacted with the audience and provided a fantastic experience for all in attendance.

Casey Donovan is one of Australia’s most versatile Indigenous Entertainers.  After a meteoric rise to fame at the age of 16, she became the youngest ever winner of Australian Idol.  Ten years on since that memorable moment, Casey has carved a career across various entertainment platforms including print, television and stage and continues to inspire young people with her drive and tenacity to achieve.

Casey Donovan is a powerhouse entertainer and one of Australia’s most versatile. With her hit songs Big, Beautiful & Sexy and Listen With Your Heart as well as songs by Michael Jackson, Tina Turner, Mama Cass and more in her repertoire, this award winning performer is an excellent choice for your next community or corporate event.

An author, emcee and inspiration, Casey has been a keynote speaker on themes such as positive body image, culture, social acceptance and breaking down stereotypes. The release of her 2014 autobiography Big, Beautiful & Sexy prompted positive feedback from readers the world over relieved that someone was speaking about what they were too scared to.

Not one to shy away from a challenge, Casey is an accomplished musician, actor, writer, host and columnist. Having played the indomitable Mama Cass in the stage production Flower Children, and appeared in The Sapphires and Shakespeare’s As You Like It, Casey knows how to engage an audience.

Casey is a multi-Award winner & nominee, including an ARIA No #1 Award for Listen with Your Heart and Deadly Awards for Best Album, Best Single and Most Promising New Talent.   She has appeared on stage in productions of Flower Children, where she played the indomitable Mama Cass from The Mamas and The Papas.  She also appeared in the stage production of The Sapphires and Shakespeare’s As You Like It amongst others.

Casey is an ambassador for the Plus Size Movement in Australia which has seen her appear at this year’s Curvy Couture Roadshow in Melbourne which was part of Fashion Week.  She actively promotes the importance of self-acceptance and healthy self-esteem amongst young people and is regularly asked to speak to young people about her experiences.  Casey is also a strong advocate for stronger Cyber safety amongst young people and preventing predators reaching children in the cyber world.

Casey lends her name and support to a number of charitable and non-profit organisations in her roles as Ambassador for APRA/AMCOS, Advocate for the National Centre of Indigenous Excellence, advocate for National Indigenous Ear Health Campaign and as one of the founding members of the New South Wales Indigenous Chamber of Commerce.

Casey also wants to raise awareness about mental health, break down the stigma surrounding it, and address the issues of depression, anxiety, domestic violence, identity and body-image in the Indigenous community. Casey has faced personal challenges in her life and is happy to share her experiences with audiences.

She is passionately committed to improving the lives of Indigenous people, actively involved in Indigenous charities and organisations, and is a highly-respected role model in the community.

Casey is one of Australia’s best young entertainers who captivates her audience and always makes for a memorable evening. Casey is also available to perform with her full band.

Casey’s story of success and the challenges along the way