Print
I started my career as an actor as the lead in the first two series of Byker Grove on BBC1 alongside Ant and Dec. After two years of doing this – during my A levels – I was fortunate enough to get into Cambridge to read Economics where I spent... 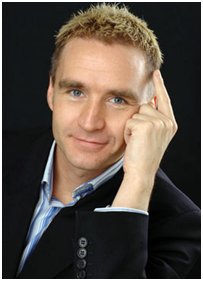 I started my career as an actor as the lead in the first two series of Byker Grove on BBC1 alongside Ant and Dec. After two years of doing this – during my A levels – I was fortunate enough to get into Cambridge to read Economics where I spent most of my time directing Theatre speakers such as the Cambridge footlights and working with such talented performers as Olivia Colman, David Mitchell and Robert Webb. After setting my sights on becoming a professional film writer, I had my first screenplay produced by Film Four whilst still in my final year of university. By the time I was 23 I was writing for Miramax and Columbia Tri Star. And my future looked pretty certain. Then at 25, I took the decision that would dramatically change my life forever: I moved to Las Vegas and became a professional poker player!


In many of my seminars I speak about both the motivations and consequences of this deci-sion and ask participants to think in similar terms about the significant decisions that have defined their life to date.

I played poker professionally for most of the next 3 years of my life during which time I made a good living pitting my wits against the game’s best known players. It was a great period of my life during which time I learned many of the key messages which I now impart to businesses today. At the same time, there was something unfulfilling about it. Poker is a lonely pursuit which doesn’t contribute anything to society really and I still had the urge to create things and work as part of a fulfilling team.

So, in 2002, I returned to the UK and co-founded Twenty First Century Media - building it into the fastest growing audio visual media company in the North East of England before selling it in 2008 to Bob Geldof’s media giant, Ten Alps.

It was while still at the helm of Twenty First Century Media that I began my career as a speaker and catalyst for new thinking within business about risk-taking and decision-making. Initially, I combined this role with my work as a speaker and broadcaster on the subject of poker. This was at the beginning of the poker boom and it was during this time that I had the privilege of being one of the two poker advisors on the James Bond movie, Casino Royale.

Then, in 2005 I become a trainer for The Mind Gym who schooled me in the fundamental skills of delivery and facilitation which laid the foundations for my work as a serious speaker and trainer for business using poker as merely a metaphor for the risks and decisions that we all take every day. I worked for them for two years before going alone in 2007.

In total, I have now been a professional motivational and keynote speaker for the last 7 years during which time I have delivered over 1,000 speeches for over 200 great companies around the world such as Google, Visa, KPMG, HSBC and IBM. I have earned a worldwide reputation as a highly professional and impactful speaker who catalyses change in any audi-ence.

My key messages – which address the need to take calculated risk in order to achieve suc-cess – are timeless and non-sector-specific. This makes them perfect for any training day or conference where new ideas, innovation, leadership, decision-making or change are being discussed or debated.
Subscribe
© 2022 Platinum Speakers