Print
Catherine Fox is an Australian freelance journalist, author, speaker and a strident feminist.  Catherine won the Walkely Award for women’s leadership in media and in 2018 she was named one of the Australian Financial Review’s 100 Women of Influence in the Diversity and Inclusion category. 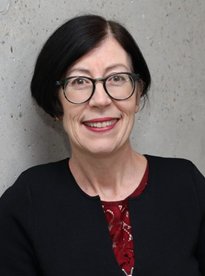 Catherine Fox is an Australian freelance journalist, author, speaker and a strident feminist. She advocates for gender equality, and has written a number of books including The 7 Myths of Women and Work, Stop Fixing Women and Women Kind In 2017, Catherine won the Walkely Award for women’s leadership in media and in 2018 she was named one of the Australian Financial Review’s 100 Women of Influence in the Diversity and Inclusion category.

With three decades as a journalist and advocate, Catherine is one of Australia’s leading experts on leadership, the future of workplaces and the status of women. Her career has included interviewing management gurus, Nobel Prize winners and international CEOs. She has written five books, won a Walkley Award, presented at conferences and appeared in the media around Australia and internationally.

Catherine has a portfolio career which includes feature writing, keynote presentations, moderating panels, recording podcasts and corporate advisory work. She is an expert advisor to the Australian Defence Force, the Director of Diversity for Women & Leadership Australia and chair of its Advisory Board, and also sits on the board of the Australian Women Donors Network.

She works with a number of organisations and has recently moderated a series of discussions around Australia for CBA's Business and Private Bank, and interviewed leading female directors for the Australian Institute of Company Directors podcast series ‘Board Level’.

As well as writing for a number of publications, Catherine speaks regularly on radio and has appeared on television, including on Q&A and The Drum. Catherine also hosts, with Jane Caro, a regular podcast series “Women with Clout’ produced by Austereo/Podcast One.

Catherine spent 23 years at the Australian Financial Review covering marketing, banking, personal finance, management and writing the weekly ‘Corporate Woman’ column. She was deputy editor of Boss magazine for several years, and one of the founders of the AFR Women of Influence Awards.

Since launching her freelance career in 2012, Catherine has worked with the an array of organisations such as ANZ, CBA, Macquarie University, AGSM, King & Wood Mallesons and industry groups including CEDA, FINSIA, the Male Champions of Change group, Chief Executive Women, Asian Leadership Project, Women in Mining. She has written regularly for The Deal, Qantas magazine, Company Director and UNSW Business Think.


Her public speaking career has spanned presenting at corporate seminars, hosting the UN Women breakfasts around Australia, moderating panel discussions for industry bodies and business forums and acting as MC of conferences such as the annual Australian Human Resources Institute Diversity and Inclusion conference. She has appeared at Kings College London, and spoken in NZ and Hong Kong.

Catherine has won a series of awards for her work including the NSW Law Society Award for legal journalism, Women’s Electoral Lobby award for journalism, and the 2017 Walkley Award for Women’s Leadership in Media. Two of her books were finalists in the Ashurst Business Book of the Year Award and her latest book ‘Women Kind’ (with Kirstin Ferguson) won the 2019 Australian Business Book Awards management and HR category.

The 7 Myths of Women at Work

The speed of change with the gender equality, and changes that contribute to hope

The male breadwinner model in Australia and how it impacts progress

The importance of financial freedom for women, and teaching that to girls

Invisibility of older women and statistics around homelessness

How can we make change ourselves, and gathering groups together to drive change

Benefits of long daycare for children