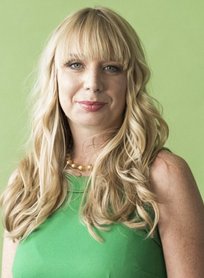 Cecilia was fantastic and a perfect fit for the event. She had such great integrity, energy and passion. She really inspired our audience and has rated really well in the feedback.
The NZ Marketing Summit

Cecilia Robinson is in demand keynote speaker - as an award winning business woman who founded Au Pair Link and My Food Bag - one of the most talked about and fastest growing companies in New Zealand.

Under Cecilia’s and James Robinson's ownership Au Pair Link was an award-winning business, enjoying appearances in the Deloitte Fast 50 (ranked 12th in 2012), Kenexa Best Workplaces (ranked 6th best workplace in 2013) and winning several awards in the HER Business Woman Awards including ‘Best new business’ and ‘Best SME’. James and Cecilia sold the business in late 2014.

Cecilia’s core focus is on the day-to-day running and operation of My Food Bag - including the strategic and operational management of the business. In 2014 Cecilia and James spent 7 months in Australia launching My Food Bag in Sydney and Melbourne.