Print
Chris Johnson - THE MENTALIST is Australia’s own Mentalist and is taking the world by storm. A walking breathing human X-File, Chris Johnson is the master of both mystery and ESP. In a powerful display of both group experiments and individual... 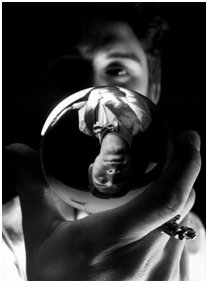 Chris Johnson - THE MENTALIST is Australia’s own Mentalist and is taking the world by storm. A walking breathing human X-File, Chris Johnson is the master of both mystery and ESP. In a powerful display of both group experiments and individual exercises, Chris will uniquely demonstrate on you, your colleagues, family and friends his talents that everyone is talking about. A talented mentalist and gifted palm reader, Chris will not disappoint any public or corporate audience, and will leave them wondering... ‘Just how did he do that?’
Chris Johnson was born and raised in Queensland, Australia and from the age of nine, knew he was a little.... different. He intuitively knew what people were going to say, and was often finding himself saying phrases literally as his teachers were. He fell in love with mentalism and started performing mini shows around the playground as soon as he could.
Turning professional by the age of 18, Chris began working for larger audiences, including both private and corporate functions. He appeared in six television episodes alongside singer and personality Jenine Vaughan and was continually being ‘the thief of thoughts’ in public displays of mystery and ESP. Uniquely branding his own form of entertainment, Chris Johnson became more and more in demand by the public.
The media world was set alight by Chris Johnson in 1992, when he predicted the front page headline of local news paper with extreme accuracy (9 words out of 10), a week before it was printed. To prove it wasn’t a coincidence, Chris performed the experiment again nearly four years later, this time with the headlines of two different newspapers at the same time. His predictions were kept by an independent committee member who verified the predictions after they were taken (a week prior to the headlines), and kept locked up by the member. See Chris' results in his Media Gallery.
As one of the only professional mentalists in Australia, Chris Johnson is capable of working in a wide range of venues from corporate events, fundraisers, weddings, adult and family entertainment.
Subscribe
© 2022 Platinum Speakers