Print
Chris Radburn is one of Australia's Best Corporate comedians. For the past 20 years this charismatic Aussie comedian and his observational humour have become extremely popular with audiences in comedy clubs and corporate clients all over Australia. 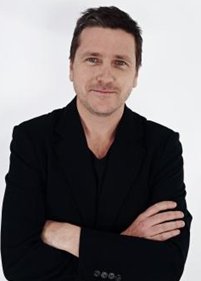 “We had Chris perform at two product launches for us, and he was amazing. Had everyone laughing from beginning to the very end, and worked off the audience really well. His performances were definitely the highlight of both nights, and we would highly recommend him. He should be more famous!”

“Thanks for being a pro, Chris. You turned what could have been a tricky situation - no stage, no spotlight, people spread out - into a thoroughly winning situation, they laughed, and then they laughed some more. ”

“Chris was fantastic. He was relaxed and very funny and picked up on the vibes in the crowd very quickly. His comments directed at one or two people who walked in late or made a comment were priceless. We all wished he could have kept going longer! We'd recommend Chris to anyone. ”

“Chris was great! I have had nothing but positive feedback from his comedy spot and his efforts as MC for the night. He was very funny and managed to adapt to our environment well, picking up on little extras along the way to work into the night. I would highly recommend Chris and wouldn't hesitate to use him again. Job well done!”

Chris Radburn travels from NSW
Fee Range: Up to $5000

Chris Radburn is one of Australia's Best Corporate comedians. For the past 20 years this charismatic Aussie comedian and his observational humour have become extremely popular with audiences in comedy clubs and corporate clients all over Australia.

Whether it's a Birthday party, Awards Ceremony, Presentation night, Sportsman's Lunch, Golf Day, School Fundraiser, Product Launch, Wedding, Company Dinner, Conference, University or Black Tie Ball, Chris’ ability to tailer his material makes him the perfect choice for your next event. Chris is one of only a handful of comedians in the country that has the ability to successfully perform at any type of event.

This former lawyer is an Award winning International headline comedian who has performed at every major comedy festival and appeared on over 15 TV shows including The Footy Show, Sydney Comedy Festival Gala and America's Last Comic Standing. Chris also works as an actor having appeared in countless national TV commercials and as a broadcaster with his own AFL radio show and host of his own podcast “The Parents”. But it is live Stand up Comedy where he is at his best.