Print
Clem Newton-Brown is a former barrister, Deputy Lord Mayor of Melbourne and Member of the Victorian Parliament. He is also the entrepreneur who played a role in getting Uber Air to choose Melbourne as the first international test city for their urban aerial ride sharing service. 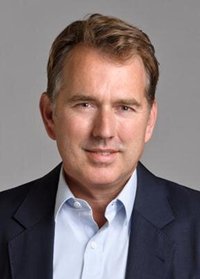 Clem’s presentation on the future of urban aerial mobility with Uber Air certainly opened our eyes to the opportunities for our clients in the property sector.

He guided us through topics such as the current status of various prototypes aircraft to practical issues around air traffic control, political imperatives, community licence and where property owners can play a role in aerial ride sharing services.

He also covered the related topic of drone deliveries (which Google have already started in Australia) and what is required from a regulatory perspective to get our Uber Eats by air.

Our team have been given a lot to think about as we prepare for this transport revolution which is going to fundamentally change the way we live and move through cities.

“Clem presented at our industry conference on the emerging urban aerial mobility (UAM) capability and associated challenges.  Clem has an articulate, well-informed and entertaining style that kept the audience fully engaged.  Surrounded by industry folk who believe that UAM reality is still far into the future, Clem was able to deliver a compelling presentation convincing many that future is here already”.

Clem Newton-Brown is a former barrister, Deputy Lord Mayor of Melbourne and Member of the Victorian Parliament. He is also the entrepreneur who played a role in getting Uber Air to choose Melbourne as the first international test city for their urban aerial ride sharing service.

Clem has spent a lifetime around politics, law, planning, cities and pushing the boundaries. He started the first water taxi service on the Yarra River in 1992 and around the same time was getting around on a powered scooter, 25 years before the current trend for micro mobility.

Following service as Deputy Lord Mayor and Member of Parliament he is now focused on utilising his legal, planning and political skills to help bring about urban aerial mobility in the form of flying taxis. It may seem like an audacious goal but let Clem explain how Melbourne is going to be one of the first cities in the world to get an Uber Air service.

Uber Air has recently announced Melbourne as the first international test city for flying taxis and Clem’s Skyportz business is developing the network of landing infrastructure we are going to need for urban aerial mobility.

Our cities are about to be hit by a transport revolution - think driverless cars, delivery drones, micro mobility on electric scooters and Vertical Take Off and Landing (VTOL) aircraft.

The technology for this revolution already exists today and Clem is at the frontline pushing the boundaries for city planning and regulatory changes which will be required.

A fascinating keynote speaker, Clem draws on his vast experience in politics, business and with Uber Air to talk to audiences about the transport revolution that's just around the corner. Think driverless cars, delivery drones, micro mobility on electric scooters and Vertical Take Off and Landing (VTOL) aircraft... Clem has already thought it through. He's analysed the pros and cons, and the path forward... and he's ready to share his depth of knowledge with your audience.

Clem's presentation is not about predicting the future - it is about what he is actually doing to create the urban environment that will facilitate the biggest change the world has seen since the invention of the motor vehicle.

Clem Newton-Brown qualified as a lawyer then worked as a barrister while serving for one term (1999-2001) as a Councillor and Deputy Lord Mayor of Melbourne. In 2010 he served one term as the Member for Prahran and since 2014 has run his own planning and property consultancy.

Clem runs the business www.skyportz.com which is establishing the landing infrastructure for flying taxis. It's thanks to this unique knowledge and experience that Clem has become in constant demand as a keynote speaker. Drawing on his time in law and politics, Clem has a unique insight into how this transport revolution can be realised.

With a strong interest in community and progress, Clem has served on the Committee for Melbourne Future Focus group and alumni, National Council Executive / Planning Law Chair of Planning Institute of Australia, Chair of the Law Reform Committee of the Victorian Parliament, Chair of the Public Housing Community Liaison Committee (reporting to the Minister), a Board Member for Youth At Risk and President of the Yarra River Precinct Group.

In 2019 Clem Newton-Brown was awarded a Medal in the Order of Australia (OAM) for services to the Parliament of Victoria and the community of Melbourne.