Print
Cosentino has been called “a supercharged showman” by the Herald Sun, a “daredevil performer” by National Nine News and is said to “mirror the legendary Harry Houdini” by the LA Times. He has already achieved what many performers... 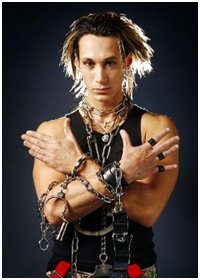 Cosentino has been called “a supercharged showman” by the Herald Sun, a “daredevil performer” by National Nine News and is said to “mirror the legendary Harry Houdini” by the LA Times.


He has already achieved what many performers have only ever dreamed of. Three times Australian Award Winning magician, a Guinness World Record contributor and a nominee for the prestigious Helpmann Awards. The Helpmann Awards (TONY Award equivalent) is the pinnacle industry event for Australia’s performance industry, recognising the very best in live performance.
In his own unique and award-winning style, Cosentino fuses traditional sleight of hand magic, grand illusions and physical demonstrations into novel and original presentations. He escapes the boundaries of the past and performs some of the most original and funky effects witnessed today.
His commanding stage presence and enigmatic personality, combined with impeccable technique, has set him apart from the ordinary performer. New York’s, Wall Street Journal has featured him as a stand out talent and he was one of the youngest headline artists to ever perform on the famous Holland America Cruise Lines. Even the directors of the world renowned Cirque du Soleil have shown a keen interest in his unique and varied performance skills and have marked him down as a potential artist resource.
Cosentino’s original and innovative presentations have earned him the respect of his peers and clients alike. A pure showman… his productions are amongst the most powerful, riveting and sought-after in the entertainment industry today.
A performance by Cosentino is an entertainment spectacular! An evolution in the art of Illusion.

Corporate Performance:
Be prepared to take a trip into the realms of your imagination with one of the world’s most unique and talented illusionists - Cosentino.
But don’t be fooled… a presentation by Cosentino is far more than just a magic show. It’s a dynamic mix of the unexpected… dazzling magic and illusions, blended with energetic dance, dangerous nail biting escapes, audience participation, humour, mentalism and many surprising twists.
Cosentino’s presentations are a quantum leap forward in the art of magic and illusion. The shows have edge, variety and vitality that draw the guests in with each effect.
So open your mind to a world of the impossible, where a fusion of magic, dance and illusion come together.
This presentation must be seen to be believed. Cosentino leaves guests on the edge of their seats. From beginning to end, the action never stops and audiences of all ages become enthralled.


“Cosentino is taking magic to a new level” – The Mercury

“Cosentino is a showman. His magic performances are flamboyant spectacles” – The Age Melbourne magazine