Print
Across everything economy and finance Craig James is CommSec’s Chief Economist. Craig does around 2-3 regular TV crosses a day, ad hoc radio and newspaper interviews and writes regular commentaries as well as presenting to staff, clients and external organisations. 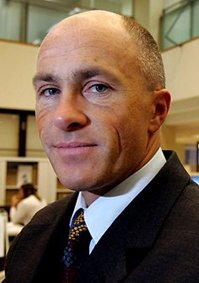 Craig's presentation was extremely relevant and pitched exactly right at our audience. He presented the subject matter in an easy to understand format and provided great insight to assist in future decision making.

Couldn't recommend highly enough. Craig was incredibly obliging, extremely informative and tailored the presentation specifically to our group. We received extremely positive feedback and would not hesitate to have him speak to our group again.

Thank you so much for making the time to travel to Brisbane and present at our ‘Building the Resilient Company' seminar on Wednesday. I have just finished analysing the seminar evaluations and am pleased to say that you were our most highly rated speaker. People's comments certainly reflected that you pitched the presentation at the right level for the audience and they found that you had "good practical economic info which can be used in forward planning". Our government clients were also very impressed with your presentation. It was lovely working with you and thank you again.

He remained at the Rural Bank, which became the State Bank over time and then Colonial, working in branches, Corporate, Planning and Economic Research.

In 2002 Craig had a sea-change, joining the Australian Financial Review. He had always wanted to pursue a role in journalism and enjoyed the role as an economic commentator and analysts, finding that he could pursue a journalistic-type role as well as doing more electronic media work at CommSec and rejoined the group in 2003.

On taking the reigns of chief economist at Colonial, Craig endeavoured to style their research in a “user-friendly” way – something that set their research apart and still does today. The approach has been successful in their media work and in promoting Colonial, and then CommSec, to the general public. CommSec is the most quoted economic group in the mainstream media.

CommSec economic reports are a bit different in that they devise tools such as the ‘Mums and Dads’ share index and the iPod index, and undertake research on the weather and demographic changes to show how they affect the economy.

Craig James currently does around 2-3 regular TV crosses a day, ad hoc radio and newspaper interviews and writes regular commentaries as well as presenting to staff, clients and external organisations.