Print
Queenslander Dan Crowley played rugby for Australia in three World Cups in 1991, 1995 and 1999, qualifying him for membership of a most unique international rugby club. Importantly, he was a member of two winning World Cup teams (1991 and 1999), another rare honour for the Brisbane-born front-rower and one-time undercover cop. 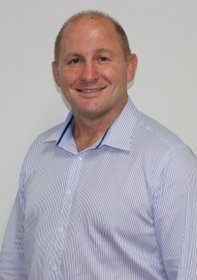 Dan Crowley travels from QLD
Fee Range: Up to $5000

Queenslander Dan Crowley played rugby for Australia in three World Cups in 1991, 1995 and 1999, qualifying him for membership of a most unique international rugby club. Importantly, he was a member of two winning World Cup teams (1991 and 1999), another rare honour for the Brisbane-born front-rower and one-time undercover cop. Dan is one of only four people to achieve this.

Dan Crowley made his debut in Wallaby Gold in the first Test against the touring British Lions in Brisbane in 1989. It was a memorable start to his career, the Wallabies with the likes of Tom Lawton, Steve Cutler, Nick Farr-Jones, Michael Lynagh and David Campese on board, steamrolling the Lions 30-12.

Dan Crowley's final Test provided another enthralling chapter in an international career which reaped him 39 Test caps - as a member of the Wallabies line-up that beat France 35-12 in the 1999 World Cup final at the Millennium Stadium in Cardiff. At state level, the proud Queenslander made 125 appearances for the Reds, making him their most capped forward in history.

In 2003 Dan Crowley made his debut as a member of the Seven Network's rugby commentary team and was widely praised for his insightful, analytical and sometimes humorous comments throughout the season culminating in its Rugby World Cup coverage. Dan was a member of Seven's commentary team again in 2005 alongside former Wallabies teammate Tim Horan. That year he was named by a panel of rugby journalists and commentators as part of the 'Wallabies Team of the Decade'. He has also worked regularly on radio 4BC in Brisbane.

Incredibly during this time as a rugby representative, Dan lived a dual life as an undercover police agent smashing drug rings on the Gold Coast. His bestseller Undercover Prop, based on his dual life as rugby international and undercover cop, was released in 2005. But Dan Crowley's talents extend well beyond rugby commentary and publishing. In 1990, he founded a one-person investigation company, Verifact Security & Investigations.

As Executive Director and founder of Verifact Pty Ltd, established in 1990, providing a diverse range of service solutions including Investigations, Traffic Management, Security, Medical, Training and end to end Injury Management for Federal, State and Local Government bodies employing over 1100 people across Australia.

Dan is also an Executive Director Business Development of Agilantz, an Australian based and owned integrated services management business. Dan has extensive experience in development, growth and divestment of several businesses to major listed/private companies.

Dan has been president of the Traffic Management associations of QLD and Australia (TMAQ TMAA), as well as the Australian Institute of Private Investigators (AIPI).