Print
Daniel Connell could easily be described as the ideal Aussie comedian; affable, lovable and hilarious. His observational, dry, often unanticipated comedy has seen him take to stages all over the country. 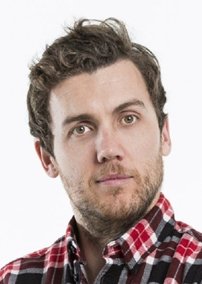 “Daniel was picked because when reviewing a comedian for our event, he was the one that made me laugh out loud. In person, he did not disappoint! It was the first time the company ever used a comedian at an event, and  he has set a standard that is going to be hard to beat next year! FABULOUSLY FUNNY COMEDIAN!!!”

“We were fortunate enough to have Daniel Connell perform at one of our Coterie Group game day luncheons last year at Templestowe FC. Daniel was not only extremely funny and witty but a lot of our members noted his presence around the Club, long after his  performance was over. His generosity and support was well received and he showed general interest in our Club and its members. We would not hesitate to invite him back and would certainly recommend him to other organisations looking for a fun night”

“We were lucky enough to have Daniel Connell perform at one of our monthly social events in April. Daniel provides endless belly laughter and was the perfect Tuesday afternoon pick me up! The staff loved the act and are still talking about it. We look forward  to having Daniel back at future events”

It’s not often a comedian can have the whole room laughing for more than an hour without so much as raising their voice – definitely a must see in the comedy festival.

After an hour in his company you’re chilled out and smiling. Damned if I know how he does it. One to watch.

Daniel Connell travels from VIC
Fee Range: Up to $5000

Daniel Connell could easily be described as the ideal Aussie comedian; affable, loveable and hilarious. His observational, dry, often unanticipated comedy has seen him take to stages all over the country.

Daniel first launched himself into the comedy world in the 2009 emerging comedian competition ‘Green Faces’, winning the Canberra heat and placing third in the national final.

Driven to further his career in comedy, Daniel moved to Melbourne in 2010 and quickly established himself in the local scene. In 2011 he performed in ‘The Comedy Zone’ at the Melbourne International Comedy Festival, a line up show of up and coming Australian comedians hand picked by the festival.

Since then Daniel has performed a brand new hour of stand-up at 8 consecutive Melbourne International Comedy Festivals. At the 2017 MICF Daniel made his debut on the Oxfam Gala (ABC) and was also selected to go on tour around Australia and Asia with the MICF Roadshow.

In 2018 he took his new show 'Bit of Shush' to festivals all over Australia and to Edinburgh Fringe. During the 2018 MICF Daniel performed on TV for the second time on ABC's Comedy Up Late.

In 2019 Daniel made his second appearance on the Oxfam Gala (ABC), as well as performing his new show ‘Piece of Piss’ at Perth Fringe, Adelaide Fringe, The Melbourne International Comedy Festival, The Sydney Comedy Festival and Edinburgh Fringe Festival.

In 2020 Daniel took his show 'Cheers Big Ears' to Perth Fringe and Adelaide Fringe before a global pandemic kept him at home for the remainder of the year.

One of the most active stand-up comedians in Australia, Daniel can be seen at comedy venues across the country all year round.