Wallaby Rugby Legend, David Campese was one the country’s greatest players.  David's career for the Wallabies spanned over fourteen years. A high achiever on and off the field, David is an in-demand speaker, both engaging and entertaining. 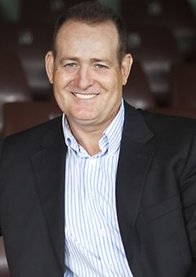 Testimonials for David Campese AM

David Campese is a household name in rugby. Many view David as one of the greatest and most entertaining rugby players to have ever graced the rugby field. Representing Australia for 15 years and new south wales for 11 years, he achieved and still holds the world record for the most tries in a test match (64).

To add to his credentials, he was first man in Australian history to play 101 tests for his country and is one out of only 5 players in the worldwide that has achieved over 100 games for their country.

Despite being retired for almost 10 years, David’s resounding impact on the game is still evident in his controversial yet consistently accurate opinion on the game which continues to entertain and resonate throughout the international rugby world.

David Campese is most certainly a unique individual. His personal life is a total contradiction to his media persona. He is in fact an intensely private and surprisingly shy individual who is fiercely protective over his family and privacy.

Following his insatiable rugby career and being exposed to his honest and somewhat frank opinions, he is someone fans feel they know. It is this dilemma about who he is as a rugby player vs who he is as a person, that intrigues and captivates his audiences.

His impact as player and person both on and off the field is summed up well by his ex Coach Allan Jones - ‘He is the Don Bradman of Rugby’.

David has had over 13 years of public speaking experience and countless media interviews, as well as his natural instinct to ‘tell it as it is’, David has mastered the skill of capturing and entertaining audiences. His appeal and services continue to be in demand worldwide from corporates, schools and clubs and he continues to travel the world entertaining his audiences.

Once a year, a select group of Australians chosen from all professions and walks of life are honoured with this award by the Australian Government. This is symbol of David’s outstanding service, commitment and influence for a rugby career that spanned 15 years.

In a prestigious ceremony at the Houses of Parliament in London, David, Philippe Sella of France and Jason Leonard of England were honoured for being the only three rugby players in the history of rugby to play more than 100 Rugby Tests.

This initiative aims at awarding Prizes to important and significant personalities and/or National and International Sport Institutions because of noteworthy initiatives and behaviours concerning fields that link sport to civil society and that represent high moral values in the specific field of the Fair Play and in some issues belonging to the same theme.

This award is considered the most prestige’s award in World Rugby. David’s outstanding performance throughout the tournament ensured he was the unrivalled winner of this award.

Rugby Star - inspirational
Record Holder & Hall of Fame member
Business speaker, leadership
Rugby Journalist
He as a player vs he as a person
Subscribe
© 2022 Platinum Speakers