Print
The versatility, experience, professionalism and hilarity of Des Dowling sees him in high demand for an array of corporate, charity and sporting club events. Whether its appearing as a TV presenter, utilising his polished interviewing skills and humor as a corporate MC, or performing a hilarious 30 minute set of stand up comedy, Des is brilliant! 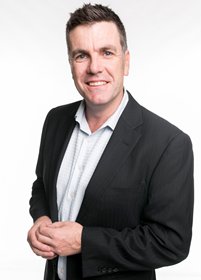 “Des was fantastic at our annual awards. I don’t recommend treating him like we did .. we threw an awful lot of stuff at him at the last minute, but he didn’t flap orcomplain, he just handled it. And when he got up on stage you’d havethought he’d been rehearsing for weeks. A consummate professional, easy to work with and the audience loved him. What more can you ask for? Would book him again in a trice.”

Just a quick note to say thankyou for the wonderful job you did as MC at our 2010 Annual Conference. You were able to find the correct balance between professionalism and comedy and you were a pleasure to work with. The feedback from the delegates has been great. They enjoyed your witty humour.”

“Des Dowling was a fantastic host for the REIA National Awards 2009. He understood my clients requirements and my needs as an event manager. He had the audience right there with him the entire night and his improvisation through a technical glitch made it feel like it was all done on purpose. He was funny, professional, flexible in dealing with last minute changes and a pleasure to work with. We will certainly recommend him to our future clients.”

Des Dowling travels from VIC
Fee Range: Up to $5000

The versatility, experience, professionalism and hilarity of Des Dowling sees him in high demand for an array of corporate, charity and sporting club events. If variety is indeed the spice of life, then Des Dowling’s career is a vindaloo of life threatening intensity. He spent the early years of his career as a news and current affairs reporter for the ABC, Channel 7 and Channel 9.  Des decided making people laugh, rather than making them cry, was a far more noble way to earn a living.

In over fifteen years since, he’s carved out a career as a top line comedian and corporate entertainer travelling the length and breadth of Australia.

He’s headlined at Australia’s premier comedy clubs and performed his own sold out comedy/sketch show at the Melbourne International Comedy Festival.  Combining his comedic and television skills he worked for two years writing and directing sketches for the hugely successful “AFL Footy Show” and wrote and directed three half hour documentaries for Arena Television’s “Day In The Life” series.

His major project for 2008 was writing and directing Ch 10’s Logie nominated comedy mockumentary series “Mark Loves Sharon”.  When he’s not behind the camera, Des is in front of it, working as a presenter on Ch 7’s “Coxy’s Big Break” and Ch 9’s “Talk To The Animals”.

Whether its appearing as a TV presenter, utilising his polished interviewing skills and humor as a corporate MC, or performing a hilarious 30 minute set of stand up comedy, Des delivers a professional and entertaining comedy performance every time.

But don’t take out word for it. Take a look at the relevant comedy clips, read the testimonials and decide for yourself. Des is meticulous, intelligent and very funny, and an asset to any event as both a host and a stand up comedian.