Print
Dr Ann O'Neill is the survivor of a horrific crime who has gone on to use her own experience to selflessly and tirelessly help others while also improving understanding around the needs of victims of crime. Ann is also a specialist in the areas of trauma, criminal victimisation and advocacy. 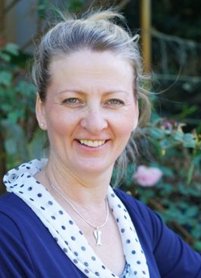 Excellent speaking, topic and content were well suited to audience and delivery was personable and honest.

I am writing to personally thank you for speaking at our recent forum for journalists and student journalists … Evaluations tell us journalists found the event both interesting and informative, with many now realising their words can directly affect people experiencing violence.

I was extremely impressed with Ms O’Neill’s skills as a trainer and her ability to get people to engage with and deeply reflect on the topic. … The formal feedback process saw staff give the sessions some of the highest feedback ever recorded for an internal training session. Further, I received numerous unsolicited informal comments from staff about how the training had affected them and challenged in a positive way their views and how they work. As a result of the training, I saw some tangible changes in staff attitudes and practices.

I just wanted to say how brilliant it was seeing you. Your presentation was electrifying, the feedback from the students was very positive and many made specific mention of your presentation in the written feedback. The course went very well ... and your contribution played a huge part in making it successful.

I am always impressed by the courage and bravery you [Ann] demonstrate – both in getting on with your life – given the tragedy you have suffered – and also in the positive way you are assisting individual victims and also organisations.

Our sincere thanks for giving such an inspirational and moving speech at the recent launch. It made the event really meaningful for everyone.

Dr Ann O'Neill AO is the survivor of a horrific crime who has gone on to use her own experience selflessly and tirelessly help others while also improving understanding around the needs of victims of crime. Ann is also a specialist in the areas of trauma, criminal victimisation and advocacy.

Recently appointed an officer of the Order of Australia (AO) in June 2021 for her distinguished service to the community Ann is a TedX speaker, who harnesses research, her own experiences and strategies and tailors them to meet the needs of your business and your people. Her presentations are not only motivational, they provide a true learning experience.

In 1994, her estranged husband broke into the home she shared with her two young children, shooting her and killing them before turning the gun on himself. Rather than let her life slip away, she has turned her tragedy into a calling, speaking at hundreds of events.

After recovering physically from the shooting that took her children, Ann fought the desire to cave in on herself and kept a promise she had made to her children: she went back to school. Ultimately earning her PHD with a dissertation researching the social support for secondary victims of serious crime, she graduated from Social Work with First Class Honours in 2001. Her final thesis led to the establishment of the first web-based support source for victims of crime in Australia, known as Angel Hands Inc. Angel Hands' services encourage awareness of the elements essential to promote and accelerate a person's recovery from trauma and as well as asserting their needs within the wider community.

Ann became the inaugural Convenor of the first WA Homicide Victims Support Group and, upon graduating, she set out on speaking tours, raising awareness for family violence and helping others cope with life after homicide. Her community work has been recognised by some of the top individuals and organisations in Australia.

Ann featured in Australian Story 2018 and 2004, she entered the Women's Hall of Fame in 2018, and was a John Curtin Medallist 2016. Ann has been engaged as an Our Watch Ambassador, and an Australia Day Ambassador. She was recognised as a Paul Harris Fellow in 2013, received a John Simpson Kirkpatrick "Standing for Something" Award in 2012 and a Leading the Way Award in the WA Social Worker of the Year Awards 2012. She was a nominee for the Premier's Australia Day Active Citizenship Awards in 2012 and for the Australian of the Year in 2012. Ann was a finalist for the WA Australian of the Year 2011, a CBA Local Hero 2011, she received an Honoured Nominee Westpac Kookaburra Award in 2011 and was recognised as a Momento Inspirational Woman of the Year in 2010.

As a speaker, her specialties include living with death and explaining how she turned loss into a fight for justice, hope, and love, rather than allowing it to ruin her life. Ann O'Neill has a unique gift for drawing people in and forcing them to look at the deepest parts of themselves, helping to create memorable, inspiring events in both small and large venues.

Large corporate firms expanding, restructuring and/or retrenching have engaged Ann to work with them to provide motivation and purpose to the lives and work of their staff. So too have government departments and community groups.

Despite the unimaginable grief and tragedy that she has suffered, Ann O'Neill is able to deliver funny, engaging and well-structured presentations that will not only inspire your team, but also equip them with tools to overcome and thrive personally and professionally.

Women's health and well being

OHS - harassment and victimisation in the workplace

Family and domestic violence theories, dynamics and models of understanding