Dr Jillian Kenny is a creator at heart and constantly on the lookout for opportunities to create value in the world, both for and through business. Her tendency to challenge traditional ways of thinking coupled with a commitment to providing opportunities for non-traditional entrants into science, technology, engineering and maths (STEM) professions has led her to establish two businesses serving this space - Power of Engineering and Maths In Real Life 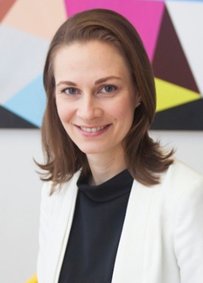 "Dr Jillian Kenny presented to our agency during our International Women’s Day celebrations. Jillian’s presentation was a funny, thought-provoking, inspiring and empowering examination of her own career progression and gender equality in STEM more broadly. Her call to action to promote gender equality at the end of the presentation was particularly poignant, with many of our staff members coming away from her presentation having committed to actions that will improve gender equality within their workplace and industry."

"Ford Australia invited Jillian to speak at our recent International Women’s Day event. Her presentation about how she started her social enterprises in the STEAM space were inspiring and provided positive energy to a room of local high school girls and Ford employees. Alongside her personal story of success she gave the audience an informative, engaging and fresh perspective on what it means to be 'An Engineer' in the modern world. Thank you Jillian!"

“We were recommended Dr Jillian Kenny for the graduation address at the Defence Science Technology Group’s Graduate Program in Scientific Leadership. It became clear to us why Jillian was named the inaugural ‘Superstar of STEM’ and one of the '100 Most Influential Australian Women'; Jillian didn’t just deliver a passionate speech, she captivated her audiences with her expressive energy and compelling storytelling of her journey. Jillian artfully weaved her description of the “Five Pillars of Leadership” into her storytelling. Her story inspired the audience, and her openness in sharing her vulnerable and challenging moments in her journey spoke of authenticity. The impact of Jillian’s message continues to be felt amongst those of us who were lucky to hear her speech.”

Dr Jillian Kenny is a creator at heart and constantly on the lookout for opportunities to create value in the world, both for and through business. Her tendency to challenge traditional ways of thinking coupled with a commitment to providing opportunities for non-traditional entrants into science, technology, engineering and maths (STEM) professions has led her to establish two businesses serving this space - Power of Engineering and Maths In Real Life.

Since then, she has challenged audience perspectives through speaking in the UK, USA, South Korea and Australia. She was named as one of the inaugural Superstars of STEM by Science and Technology Australia and among Australia's Top 100 Most Influential Women by the Australian Financial Review.

As Founding Director of Maths In Real Life, Jillian led the company to develop innovative digital high school mathematics resources that are engaging and relevant to real life, answering that age-old question, "Why do I have to learn this?" In 2012, she co-founded the non-profit organisation Power of Engineering, which runs nationwide events for female and regional Year 9 and 10 students to inspire them about the engineering profession; showcasing its diversity, creativity, and most importantly that it is an avenue to making a real difference in the world.

Since completing a PhD exploring innovation in the Australian water sector, Jillian has applied the insight and experience gained through this process to a range of sectors including education, health and water.

As a keynote, corporate and graduand speaker Jillian has spoken on topics such as creativity in leadership, creativity in STEM fields, gender equality in STEM, youth entrepreneurship, and diversity. She has been invited to present her research outcomes and learn from international audiences in the UK, USA and South Korea.

Jillian can cater her talk to your audience, but in general, these are some of the topics she has spoken on before.

TOWARDS DIVERSITY: PROGRESSING FROM EMPOWERMENT TO POWER

As a woman playing in male-dominated fields for most of her career, Dr Jillian Kenny has heard more than her share of ‘empowerment’ tips. She’s learned how to deepen her voice, power her pose and fake it ‘til she makes it. In this uplifting talk, Jillian argues that the burden of change should not lie on individuals, but on organisations and systems of power. She asks the question: What if, rather than having our attention on empowerment, we instead reimagine the systems of power that shape our world?

How empowerment is really just a consolation prize

Key ways to recognise and value different forms of power

An approach to creating a new, more inclusive power system

The world is changing faster than it ever has before. The future is a blank canvas, and in creating this future we need leaders who can think beyond the traditional approaches and norms of the past. Leaders who can bring creativity. Through sharing some of the challenging and vulnerable moments in her own story, Jillian will reveal the elements for creative leadership and why it is critical for leading organisations into an uncertain future.

Why creativity is important for leaders (especially in STEM)

The five pillars for creativity in leadership

How you can apply them into your own leadership practice

Chaotic, confused, haywire. Maybe. Her approach to careers has always been… uncommon. Growing up, she believed the fairy tale. She thought she would get a J.O.B., climb the career ladder and eventually reach the pinnacle. But for speaker, entrepreneur and engineer Dr Jillian Kenny that model never did quite fit. In this talk, Jillian peels back the curtain on an atypical approach to career construction, showing how curiosity as a guide can lead to fun and fulfilment.