Print
Dr. James A. Crupi is a recognized authority in international business, future trends and leadership development and is an internationally popular speaker. His leadership workshops are world renowned. Jim Crupi works with executives for the... 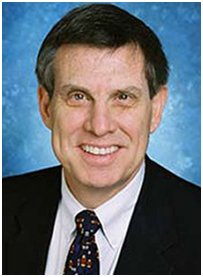 Dr. James A. Crupi is a recognized authority in international business, future trends and leadership development and is an internationally popular speaker. His leadership workshops are world renowned. Jim Crupi works with executives for the purpose of aligning strategy, enhancing productivity and competitiveness, and training management teams.


Dr. Crupi has been featured on CNN and National Public Radio, and quoted in many publications throughout the world.
Dr. Jim Crupi makes it his business to understand how marketplace changes will shape the future. For over 15 years, Dr. Crupi has been developing and advising leaders of companies around the world on how to build profitable businesses and mold high performance teams. Jim Crupi is about breakthrough ideas and the creation of value. He understands that today it is not so much a market of customers as every customer is a market.
A passionate speaker known for challenging outmoded beliefs, Jim Crupi uses video, simulated exercises and provocative questions to get the audience involved in his unique, customized presentations. As one of a handful of "interpreters" hand picked by Dr. Spencer Johnson to speak about Johnson's book, Who Moved My Cheese?, Jim Crupi is uniquely positioned to expound on the timeless truths in this profound parable. In his keynotes, Dr. Crupi challenges traditional assumptions about power, authority, status and achieving success. Emphasizing that personal leadership is key to competitiveness, James Crupi aims to teach executives that the leader's job is to "shape what might be, not serve what is."
Jim Crupi has served as a consultant to the Office of the President of the United States and does work for many Fortune 1000 corporations, including: Coca Cola, Turner Broadcasting, AT&T, EDS, Bell South, Intel, Motorola, and IBM among others. James Crupi also served in the armed forces as a company commander and instructor at the elite Army Ranger School and currently serves as a consultant to the Army Science Board. In addition, Jim Crupi serves on the boards of: Docvia; Whitney, Bradley and Brown, Inc.; North Georgia College and State University Foundation; and the Triad - Dallas Foundation.
Among the many other companies that have benefited from Jim Crupi's services are: Intel, TBS, Cisco Systems, Phelps Dodge, Raytheon Missile Group, Urban Land Institute, USAA, and Baylor Hospital.
Jim Crupi's perspectives are sought after in places around the globe. His leadership workshops are world renowned. Jim Crupi pulls no punches, loves to see people discover the leader within, and thrives on ideas that others only wish they could see.
Recruited by the U.S. Army to prepare its officers to handle tough changes, James Crupi is an authority on leadership, adaptivity and future trends. He has a proven record for helping organizations effectively manage change of any kind – from shifts in the market or economy, to new technology, to organizational restructuring. Renowned for his leadership workshops, Jim Crupi guides organizations in developing winning strategies and preparing effective training programs for their managers.
Since 9/11 Jim Crupi has assisted the US Army, at the highest levels, in thinking strategically and understanding how to manage change and transform to a smaller, faster, more flexible force - one that deals more effectively with the realities of modern warfare.
Jim Crupi analyzed the entire Coca Cola Enterprise system and then made recommendations that resulted in a revenue increase of $25 million dollars - in just one market.
Dr. Crupi also helped CB Richard Ellis, the world's largest real estate company, design and build its leadership university and provided ideas that have resulted in unique partnerships and substantial increases in revenue.
Jim Crupi received his B.S. degree from North Georgia College, M.S. from the University of Southern California, and Ph.D. from the University of Florida. Dr. Crupi has completed advanced work at the London Business School, Oxford University, and the International Management Institute in Geneva and is an "Executive in Residence" at the KSU Center for Character, Ethics, and Leadership.

Understanding Community Power Structures
Leadership: "If I Take Away Your Title, Will They Follow You?"
Changes in Technology: What and What Does It Mean?
Ethics: Your Opinion or Universal Truths?
When the Stakes Are High: What Business Can Learn from the Military
NEON Buzz: Building High Performance Teams
Managing Personal and Organizational Change
Understanding Community Power Structures
Subscribe
© 2022 Platinum Speakers