Print
Described as "Mr. Strategy" worldwide, Dr. Kenichi Ohmae is regularly sought out as a public speaker and management consultant. Ohmae, according to the Financial Times of London, is "Japan's only management guru."... 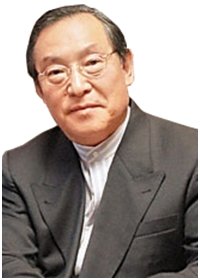 Described as "Mr. Strategy" worldwide, Dr. Kenichi Ohmae is regularly sought out as a public speaker and management consultant. Ohmae, according to the Financial Times of London, is "Japan's only management guru."

The 3C's model of Kenichi Ohmae
The 3C's Model is a strategical look at the factors needed for success. It was developed by Kenichi Ohmae, a business and corporate strategist. The 3C’s model points out that a strategist should focus on three key factors for success. In the construction of a business strategy, three main players must be taken into account:
• A. The Corporation
• B. The Customer
• C. The Competitors
Only by integrating these three C’s (Corporation, Customer, Competitors) in a strategic triangle, a sustained competitive advantage can exist. Ohmae refers to these key factors as the three C’s or strategic triangle.

Hito-Kane-Mono
A favorite phrase of Japanese business planners is hito-kane-mono, standing for people, money and things. They believe that streamlined corporate management is achieved when these three critical resources are in balance without surplus or waste.
For example: Cash over and beyond what competent people can intelligently expend is wasted. Of the three critical resources, funds should be allocated last.
The corporation should firstly allocate management talent, based on the available mono (things): plant, machinery, technology, process know-how and functional strength.
Once these hito (people) have developed creative and imaginative ideas to capture the business’s upward potential, the kane (money) should be given to the specific ideas and programs generated by the individual managers.