Print
Estelle Blackburn took on the justice system and, against all odds, rectified two grave injustices, demonstrating the power of an individual to alter history and improve society at a fundamental level. 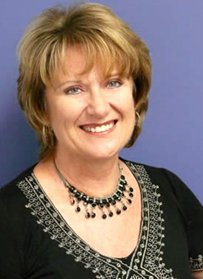 Excellent speaker. It is not often that you can keep audiences enthralled and attentive for the entire duration of their presentation. Estelle did this and more. She spoke for the required 35 minutes and you could have heard a pin drop until the spontaneous applause at the end of her speech.

We received excellent feeback on Estelle's presentation at the launch of the Australian Corporate lawyer's Awards from both our partners and the guests who attended. Estelle's enthusiasm and commitment were obvious throughout her excellent presentation.

Your passion, perseverance and determination were motivational for all who attended. The feedback from administrators has been very positive and many expressed amazement at your story and the commitment that you have shown to a cause which is quite clearly close to your heart. Once again thank you for an outstanding presentation.

Estelle captivated the audience for the full length of her presentation. Estelle has a great story to tell and is well skilled at presenting it in an entertaining and engaging manner. The feedback received from the event organisers was positive. Many were amazed at her perserverence and determination to succeed at her quest. Thank you for an outstanding presentation.

Estelle Blackburn travels from ACT
Fee Range: Up to $5000

Estelle Blackburn took on the justice system and, against all odds, rectified two grave injustices, demonstrating the power of an individual to alter history and improve society at a fundamental level.

Estelle is a Perth journalist who has worked for The West Australian and the ABC various W.A. Government Ministers and a Premier.  She gave up full-time work and spent six years researching and writing the book ‘BROKEN LIVES’, published in 1998.  Estelle’s book exposed an injustice which led to the 2002 and 2005 exonerations of John Button and Darryl Beamish, who had been convicted of murder in the 1960s, and created history as the longest standing convictions to be overturned in Australia.  Her unfunded, determined sleuthing unearthed fresh evidence that prompted the Attorney General to allow the men new appeals after they had lost a combined total of seven Appeals in the 60s.

Coming across the story by chance and persisting with it turned Estelle’s life around.  Here was a courageous woman who without a second thought impoverished herself to fight the cause for strangers.  With no legal training and armed only with extraordinary qualities of courage and determination, she took on the system and won.  Because of her vision, hard work and self sacrifice the justice system may have been set on a truer course.

This work won her an ‘Order of Australia’ in the 2002 Queens Birthday Honours List for her service to the community through investigative journalism.  She has also won journalism’s highest honour, a WALKLEY AWARD for the Most Outstanding Contribution to Journalism, the Perth Press Club Award, Western Australia’s Clarion Award, the Premier’s Award for non-fiction, the Australian Crime Writers’ Award for best true crime, and a scholarship to undertake a PhD in journalism at Murdoch University. She was also awarded a Churchill Fellowship to study innocence organisations overseas and undertook this study in 2008.

Estelle has also been included in 25 Most Outstanding Western Australians, and won WA’s Woman of the Year in 2005, and been the subject of three one-hour episodes of the ABC TV program ‘Australian Story’ shown in 1998, 2002 and 2007, a 60 Minutes segment and an episode of the US Forensic Files program.

Estelle was Media Adviser to the Premier of Western Australia (Carmen Lawrence) from 1990 to 1993 and various W.A. government ministers from 1985 to 1990.


In an entertaining, motivational, informative, humorous and inspirational speech, Estelle details the events in Perth in 1963, when a serial killer changed forever the psyche of the previously safe, secure, ‘big country town’.  With pictures and television clips to illustrate the story, she takes the audience through the eight murders and 14 attempted murders of the last person executed in Western Australia, Eric Edgar Cooke and his insistence that two innocent men were in prison for murders he committed.

John Button had been jailed for 10 years with hard labour for the hit-run murder of his girlfriend, and Darryl Beamish had been condemned to death (later commuted to life imprisonment) for the axe-murder of wealthy former Melbourne heiress and socialite Jillian Brewer. Despite Cooke’s many and detailed confessions, including one on the gallows minutes before his execution, the wrongly convicted youths (Button and Beamish) lost a total of seven appeals in the 1960s and exhausted all legal avenues of proving their innocence. They lived their lives with the stigma of being murderers and the pain of injustice, and would go down in history as murderers.

Estelle then tells how she chanced upon the story of these injustices after the men had served their time and were out of prison, why she decided to investigate it and how she tenaciously researched, sleuthed, found people and convinced them to reveal untold stories – and, after publishing a book that re-opened the cases, how she won the support of a newspaper editor who added scientific evidence, and convinced two top lawyers to take the new appeals pro bono in court cases that saw cameras permitted in a court room for the first time in Western Australia, and which ultimately resulted in the longest-standing convictions to be overturned in Australia.

Estelle is one of Perth’s best public speakers and has addressed corporate, government and community events since the publication of her bestselling book ‘Broken Lives’. Often described as Australia’s Erin Brokovich, she has an amazing real life detective story encompassing murder, innocence, wrongful conviction, determination, perseverance and finally justice in her enthralling presentation ‘Challenging Justice, Changing Lives’.  Her speech is motivational, inspiring, entertaining and spellbinding.