Print
Francis Leach can be heard as part of ABC Grandstand’s sports team covering AFL, The A-League and The Socceroos, NRL and many other sports. He’s regular on ABC TV’s Sunday morning sports chat show “Offsiders” and a contributor on Network 10’s “The Project” and digital music radio station Double J. 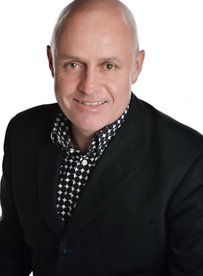 Francis is an exceptional MC. The Victorian Sport Awards would not have been a great event without the work of Francis on the night. He was professional in his approach, both prior to the event and on the night. He was calm under pressure and showed his extensive sport knowledge when he had to perform several impromptu interviews. We will be working with Francis again and would recommend his work to other organisations.

Francis Leach travels from VIC
Fee Range: Up to $5000

Broadcaster, DJ, Journalist, Writer, Francis is a man in love with ideas.

Francis began his broadcast career at the ABC’s national youth radio network Triple J where he spent over a decade rocking the airwaves. More recently he was co-host of “The Run Home” drive program alongside David “The Ox” Schwarz on Melbourne’s 1116 SEN.

These days he can be heard as part of ABC Grandstand’s sports team covering AFL, The A-League and The Socceroos, NRL and many other sports. He’s regular on ABC TV’s Sunday morning sports chat show “Offsiders” and a contributor on Network 10’s “The Project”. Francis has also returned to his first love as a regular guest presenter on  the ABC new digital music radio station Double J.

Francis engages in meaningful conversations and asks the right questions, even the tough ones, and his extraordinary breadth and depth of knowledge across any number of fields has given him a unique perspective on life and an amazing ability to connect with his audience.  He’s passionate about people and their capacity to create and achieve greatness and he explores the human condition through his love of sport, music, popular culture and great writing.

Known for critical thinking, questioning the status quo and a dedication to perfecting his radio craft, Francis never loses sight of the audience he’s making radio for.  Anyone who’s worked with him over the past 20 years can vouch for his distinct “news sense” which always sees him deliver the next big story and not just rehash the last one from elsewhere in the media.

When not riding the airwaves, Francis is usually discussing history and the cultural implications of 1980's MTV videos with his eleven year-old daughter or plotting and scheming the next big adventure with his wife. You may catch a glimpse of him walking the dog whilst listening to Public Enemy on his iPod or fanatically barracking for his beloved Arsenal FC, St Kilda Football club, the Boston Red Sox or the Socceroos… rattling out a barrage of tweets whilst doing so.