Fred Schebesta is an award-winning business leader who is best known for co-founding global comparison website Finder.com.   Passionate about sharing his success and giving back to the business community, Fred authored the popular ebook, ‘How to create an Online Marketing Campaign that Sells’. 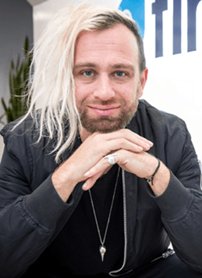 Fred Schebesta is an award-winning business leader who is best known for co-founding global comparison website Finder.com. In 2019, Fred debuted on the Australian Financial Review Young Rich List at number 22, with a wealth of $193 million.

His entrepreneurial journey started well before Finder. At just 22 – while still at university – Fred, together with his business partner and school friend Frank Restuccia, created Freestyle Media. They grew the business into a successful digital marketing agency that sold to a publicly listed company in 2007.

Their next venture was Finder, which exploded into the comparison market in 2009 – one of the most highly competitive internet categories.

Finder was born out of a simple concept: to educate Australians and directly compare student credit cards. The magic sauce was leveraging all the proven and best practice digital marketing strategies they used to sell to their clients.

Over the years, it expanded and evolved to compare thousands of products across different industries. Finder now compares virtually everything from cryptocurrency exchanges and wallets, credit cards and insurance to savings, travel, technology and electronics. Fred’s vision is to better all the world’s decisions by building “the Amazon of comparison”.

Following the success of Finder in Australia, Fred and Frank launched in the United States in July 2015 and in the United Kingdom in February 2017. Today, the company is live in more than 80 countries, employs 400 people globally, and attracts 10 million visits each month – all with no funding.

More recently Fred has gone back to his true passion of launching new businesses, by spearheading the group’s venture capital arm, Finder Ventures. The first business to launch was a cryptocurrency brokerage, HiveEx.com, in 2018 after noticing a need for a brokerage service to help people buy and sell large volumes of cryptocurrency. It also helps digital asset companies get banked. In its first year HiveEx traded over $100 million.

For the past 18 months, Fred has been leading the group’s latest project, the Finder App, which is an Australian-first that combines personal finance management with comparison. It connects a user’s bank accounts, analyses insights and sends automated alerts on when they can compare products and save money. It’s launching in Australia in March 2020 and in the UK and USA later this year.

In both 2011 and 2012, Fred was selected as a judge for the Startup Smart Awards, and in 2014 he was a judge for Money Magazine’s Best of the Best Awards. He was also named in Business Insider’s 2016 Coolest 100 people in Australian tech.

Passionate about sharing his success and giving back to the business community, Fred authored the popular ebook, ‘How to create an Online Marketing Campaign that Sells’. He also regularly speaks at blockchain and business events. He is a regular contributor and thought leader in the media.

Building a startup without funding

Building a ‘phoenix’ company that constantly reinvents itself

Overcoming adversity: how Finder recovered after being penalised by Google

Getting yourself to a place where you feel worthy of success

How to create an Online Marketing Campaign that Sells