Print
Gary Eck is one of Australia's most popular & versatile stand-up comedians whose sharp wit has been entertaining Australian and international audiences for nearly two decades. He is also an accomplished writer, actor and director. Gary... 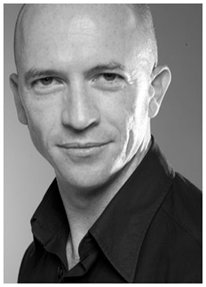 "Congratulations for a great job as the Master of Ceremonies for the 2013 Australian Training Awards, where quality and humour and professionalism were a must.

“People are still raving about your performance. One attendee said you were the best comedian he has seen in a very long time!”

“Thanks again Gary for making it a terrific night. Next gig that warrants an MC, you’re booked!”

Gary Eck is one of Australia's most popular & versatile stand-up comedians whose sharp wit has been entertaining Australian and international audiences for nearly two decades. He is also an accomplished writer, actor and director.

Gary is enormously popular in the corporate arena as a master of ceremonies, comedian and keynote speaker. His ability to tailor material to suit the client’s needs and ad lib with the audience make him extremely flexible for a variety of events. Gary Eck’s clients include: Qantas, AMP, Optus, Smith Kline Beecham, Fosters, Boral, Apple, the Attorney General’s Department, Energy Australia and Telstra.


A graduate of Canberra University with a BA in Marketing and Advertising, Gary's career has taken him all round the world from Edinburgh to Paris to New York and London.

He has performed his stand-up accompanied by a Live Orchestra, emceed the Myer Spring Summer Launch with Jennifer Hawkins and appeared on numerous television shows including Rove, The Footy Show, Spicks and Specks and was weekly guest on Mick Molloy’s The Nation on Channel Nine. In 2002 Gary hosted the Sunday Late Show on 2DayFM, Sydney’s top rating radio station. Previously, he co-hosted a Saturday morning show with Gretel Killeen called the G-Team.

Early in his career Gary was a full-time comedy writer for 2DayFM’s Morning Crew where he voiced sketches and provided lines for the then on air team of Wendy Harmer and Paul Holmes. Previously Gary was a freelance writer for Doug Mulray (MMM). Gary is regularly heard on NOVA, 2WS, MMM and ABC 702's Thank God It’s Friday with Richard Glover.

Gary has also successfully ventured into film having co-starred and co-written the feature film You Can't Stop the Murders (Miramax 2003) and starred in the film Boytown alongside Mick Molloy and Glenn Robins. Gary has won the world's largest short film competition, Tropfest, with his short film entitled The Money (2004 and a collection of his shorts screened in a special one hour programme on the Comedy Channel entitled, Ecks Rated Shorts. He has written a screenplay with Academy Award winning director George Miller for world wide release.

Gary Eck penned a screenplay with Stuart Beattie (Pirates of the Caribbean, Collateral) for Working Title Films and released a stand-up comedy CD, Gary Eck Live! He was nominated for an ARIA award for his comedy album The Hollywood Motel.

Understandably, Gary is a much sought after in the corporate arena as a master of ceremonies, comedian and keynote speaker. His ability to tailor material to suite client's needs and ad lib with the audience make him extremely flexible for a variety of events. Gary is an ideal choice to compere your next conference, roadshow or to provide after dinner comedy entertainment.

Laugh after Death – The art of resilience

A highly entertaining and engaging keynote from award-winning stand-up comedian and filmmaker, Gary Eck, who draws on over 20 years experience to take you backstage and explain the effect of what it’s like to ‘die’ on stage – an expression comics use when they get zero laughs from the audience and in extreme cases, booed off stage.

What are the coping mechanisms to deal with such a humiliating and soul destroying failure and how can these same comedic tools be used to inspire and help your business overcome challenges? Gary uses real life stories from his successful stand-up and film career to illustrate and teach: resilience, perseverance, perspective and staying focussed on the job at hand.


Keynote Speaker – perfect for a change of pace, Gary Eck talks about the trials and tribulations of becoming a stand-up comedian. From the humiliation and pain of getting booed off stage to the elation of receiving his first paid gig, even if it was for only ten bucks. Gary points out that to succeed in stand-up comedy is no different to succeeding in any other profession. The requirements are the same: passion, perseverance, discipline, confidence, knowing your audience and of course, having a sense of humour. Gary incorporates humour and wit to deliver an informative and motivational keynote speech that is refreshingly different from the rest.

Master of ceremonies - Gary’s versatility makes him a perfect choice for your next conference or convention. He will ensure the day is kept light and fun and will throw in a few surprises to keep the delegates on their toes. If you’re after a Master of Ceremonies for your awards night or gala dinner then Gary Eck is a wise choice. Gary’s experience and professionalism will ensure the night runs smoothly, and the audience is highly entertained.

After dinner comedy performance - Gary has been performing stand-up comedy for 14 years. His wealth of experience makes him an ideal choice for your next corporate dinner.

Comedy auction – As host, Gary will inject humour into your charity auction to ensure everyone relaxes and digs deep into their pockets!
Subscribe
© 2022 Platinum Speakers