Legendary homicide detective Gary Jubelin has been credited with solving some of the nation’s most horrific crimes.  He retired in 2019 with the rank of Detective Chief Inspector after a 34-year career with the NSW Police Force.  Gary’s investigations and his own life stories are covered in his bell-selling memoir, I Catch Killers, which quickly reached the top of Australia’s non-fiction charts. 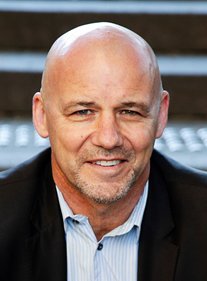 Legendary homicide detective Gary Jubelin has been credited with solving some of the nation’s most horrific crimes.

He retired in 2019 with the rank of Detective Chief Inspector after a 34-year career with the NSW Police Force.

During a career which earned him high commendations for policing, he performed duties from covering generalist detective duties to major crime.

These included experience in the Armed Hold-Up Squad, Organised Crime Squad, Gangs Squad, Unsolved Homicide and Homicide Squad. He specialised in the field of homicide investigation for 25 years up until his retirement.

As a homicide detective, Gary Jubelin led some of the largest, most complex, high-profile investigations in New South Wales.

The direction of the investigations, operational decisions, community safety, the arrest and conviction offenders were his mainstream responsibilities.

Gary Jubelin has been a key figure in solving major crimes for the past three decades gathering a mountain of information based on the methodical and successful processes he employed as a crime investigator.

Gary’s investigations and his own life stories are covered throughout his podcast, ‘I Catch Killers’, ranked amongst the nation’s top podcasts. Late last year, Gary also released his bell-selling memoir, I Catch Killers, which quickly reached the top of Australia’s non-fiction charts.

Gary recently revealed his next major project — a second book that is a journey into the heart of the worst criminal evil confronted by police. He has also been working as a special investigator for 60 Minutes.

Away from his work in the media, Gary has been telling his story and educating audiences through several engaging keynote and motivational presentations. Gary’s presentations cover many aspects, including leadership, decision making, motivation, overcoming adversity, dealing with stress-filled with plenty of entertaining anecdotes.

How to Maximise a Team's Performance

Gary was a Commissioned Officer in the NSW Police for 15 years and has been responsible for leading teams investigating gang land murders, serial killers, outlaw motorcycle gangs and the protection of foreign dignitaries. Drawing from those examples he will discuss;

Allowing team members to have autonomy

The Importance of Resilience and Tenacity

Having led some of the largest and longest running investigations in Australia and has also being criminally charged by his own organization Gary will draw on those experiences and discuss;

How resilience and tenacity are a necessary prerequisite in difficult investigations

Why passion and perspective should go hand in hand

How to maintain your motivation

Focussing on the task to achieve the objective

Gary has led Homicide investigations for the past 20 years. The decisions he made are scrutinised in the Criminal Courts or Coronial Courts, through the media and by the public. He will discuss how he makes decisions and how those decisions are justified;

The importance of making informed decisions

The damage caused by not making decisions

How to justify your decision

Taking responsibility for your decisions

Drawing on the experiences and examples gained from working within the NSW Police for 34 years and leading Homicide Investigations for over 20 years Gary shares his insights to;

The importance of empathy in leadership

The qualities of good and bad leaders

The importance of leadership in pressure situations

Mistakes the presenter has made and lessons learnt

Responsibilities of leaders to motivate and direct others