Print
Geoffrey Ronald Robertson is an Australian born human rights lawyer, academic, author and broadcaster. He holds dual Australian and British citizenship.Geoffrey Robertson QC has been counsel in many landmark cases in... 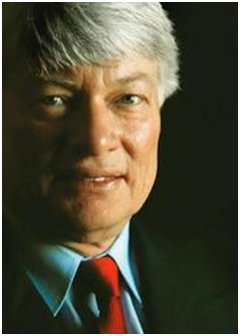 Geoffrey Robertson QC has been counsel in many landmark cases in constitutional, criminal and media law in the courts of Britain and the commonwealth and he makes frequent appearances in the Privy Council and the European Court of Human Rights. His recent cases include: appearing for the Wall Street Journal in Jameel v WSJ, the landmark House of Lords decision which extended a public interest defence for the media in libel actions; representing Tasmanian aborigines in the novel action which stopped the Natural History Museum from experimenting on the remains of their ancestors; defending the Chief Justice of Trinidad at impeachment proceedings; arguing the Court of Appeal case (R v F) which first defined “terrorism” for the purpose of British law; arguing for the right of the public to see royal wills and representing a trust for the education of poor children in litigation in Anguilla over a billion dollar bequest.

He has maintained a wide advisory practice and has served part-time as a UN appeal judge at its war crimes court in Sierra Leone. In 2008 the UN Secretary General appointed him as one of the three distinguished jurist members of the UN’s Internal Justice Council.

Mr Robertson is the author of Crimes against Humanity – The Struggle for Global Justice, published by Penguin and the New Press (USA), now in its third edition; of a memoir, The Justice Game (Vintage), which has sold over 100,000 copies, and of Robertson and Nicol on Media Law (Sweet & Maxwell).

He writes and broadcasts regularly on international legal issues and creates Geoffrey Robertson’s Hypotheticals for television and for ethics education. His most recent publication is The Tyrannicide Brief, the story of how Cromwell’s lawyers produced the first trial of a Head of State – that of Charles I. It traces the memorable career of John Cooke, the radical barrister and visionary social reformer who had the courage and intellect to devise a way to end the impunity of sovereigns. The book is published by Chatto & Windus in the UK, after Australia (where it rose to second in the non-fiction bestseller list) and is pubished by Anchor Books in the U.S., where it won a “Silver Gavel” Award from the American Bar Association.

Mr Robertson has written an extensive introduction to Geoffrey Robertson presents The Levellers – The Putney Debates (Verso, 2007); the foreword to Torture (Human Rights Watch/ Macmillan) and A Question of Zion (Professor Jacqueline Rose/ Melbourne University Press) and is a contributor to Human Rights in the War on Terror (Cambridge University Press). His paper Ending Impunity: How International Criminal Law Can Put Tyrants on Trial has been published in the 2005 Cornell Law Journal (issue 3, Volume 38). In 2006 he chaired a Commission of Inquiry into the United Nation’s internal justice system. A copy is available on this website: see “Recent Articles”.

Geoffrey Robertson is founder and head of Doughty Street Chambers, the UK’s leading human rights practice, which comprises some 80 barristers and 30 staff. He is a Bencher of the Middle Temple; and a Recorder (part-time judge) in London; an executive Member of Justice, and a trustee of the Capital Cases Trust. He is visiting Professor in Human Rights at Queen Mary College, University of London. He lives in London with his wife, author Kathy Lette, and their two children.
Subscribe
© 2022 Platinum Speakers