Print
Geraldine Cox started her career with the Australian Department of Foreign Affairs in 1970. Her first posting was to Phnom Penh, where she experienced life in a country at war when the Vietnam War spilled over into Cambodia. Geraldine is a true... 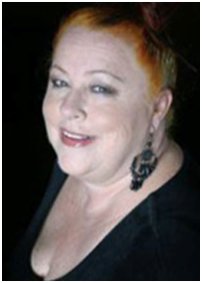 Geraldine Cox started her career with the Australian Department of Foreign Affairs in 1970. Her first posting was to Phnom Penh, where she experienced life in a country at war when the Vietnam War spilled over into Cambodia. Geraldine is a true inspirational speaker.
Subsequent postings were Manila, Bangkok, Tehran and Washington DC.
After resigning from the government in 1987 she worked for 8 years with The Chase Manhattan Bank in Sydney before deciding to live in Cambodia in 1996.
Geraldine’s original experiences in Cambodia never left her and on a return visit in 1993 she became involved in helping an orphaned Cambodian child. From that small beginning Geraldine founded what is now the Sunrise Children’s Village.
King Norodom Sihanouk bestowed her with full Cambodian citizenship by Royal Decree in 1999 and she spends half the year with the children and the remainder travelling to raise funds.
Pan Macmillan published Geraldine’s autobiography, Home Is Where The Heart Is in 2000 and Hollywood bought the rights to make a feature film based on her book.
Geraldine Cox was made a Member of the Order of Australia in 2000.
A documentary, My Khmer Heart, won the Hollywood Film Festival Documentary of the Year Award in 2000 and it has since been bought by HBO and Discovery Cable Channels. Her story has been featured over the last few years on The Sunday Program, Australian Story, This Is Your Life and more recently, Four Corners.
Geraldine Cox has been appointed to serve on the International Advisory Board of Oasis Africa. In November 2006 Geraldine was awarded the Circle of Courage Award from the Australian Charity, Youth Off The Streets.
Also in November 2006 The Rotary Foundation of Rotary International named Geraldine a Paul Harris Fellow in appreciation of tangible and significant assistance given for the furtherance of better understanding and friendly relations among peoples of the world.
In June 2007, Australia Network, the ABC’s cable television channel screened in 41 countries, invited Geraldine to be one of their Achievers, where she promotes the channel and its programs.