Print
Gerrard Gosens is recognised as one of the most outstanding young people in Australia today. Born with congenital blindness, Gerrard is well known among his friends as being inspirational and persistent at everything to which he sets his mind. 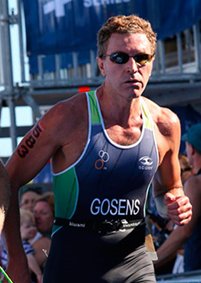 Gerard’s background speaks for itself, and he has been a pleasure to work with from our very first interaction. He took the time to understand us, our business and the focus of the event itself. His presentation was highly relevant, thoroughly entertaining but also thought-provoking. Feedback from event attendees has been universally positive, and I would have no hesitation in recommending Gerard as an external speaker at any event.

Gerrard Gosens OAM travels from QLD
Fee Range: Up to $5000

Gerrard Gosens is recognised as one of the most outstanding young people in Australia today. Born with congenital blindness, Gerrard is well known among his friends as being inspirational and persistent at everything to which he sets his mind. He lives by the philosophy ‘success is a journey, not a destination’, but jokes he has hit many signposts while training for his chosen sport of athletics.

Gerrard Gosens, is one of Australia’s true high achievers. Gerrard is a totally blind adventurer, three-time Paralympian, long-distance runner, Project Manager, Chocolatier and motivational speaker. He is currently training to be selected to represent Australia in the triathlon at the World Championships, and 2020 Tokyo Paralympic Games.

Gerrard was honoured with an Order of Australia (OAM) award in 2012, for his outstanding service to sport, and people who are blind or have low vision. He has been awarded the Fervent Global Love of Lives Medal, which has been recognized by the international media as “The Nobel of Life”.

In 2009, in a television world-first, he faced one of his greatest challenges ever, when he took to the dance floor on” Dancing with the Stars”. Gerrard made it to the semi-final despite never having danced a step in his life. While the show was the first glimpse of this inspirational man for many Australians, corporate audiences have been motivated and uplifted by Gerrard’s life story for many years.

Gerrard also has a head for heights! He has, three times, co-piloted an ultra-light motor glider around Queensland to raise funds for charity.

Gerrard believes in preparation! During 2003 / 2004 he spent many weeks at Everest Base Camp and high altitudes in the Himalayas. He returned to Everest in 2005 and climbed to 8300m.

His many achievements; strength and determination to succeed at whatever he sets his mind to, saw him named Young Queenslander of the Year, and a finalist in the Young Australian of the Year.

Gerrard was awarded the Melvin Jones Fellowship for humanitarian service, and in 2003 received a Centenary of Federation Medal for service to sport.

In addition to his full-time job, business venture as a Chocolatier, sporting and adventure pursuits, Gerrard is writing a book called “My Eyes had a Wet Nose”, which provides an insight into the many unique and entertaining experiences that he has encountered with his guide dogs, Joey, Anchor, Summit, Chief, and now Boss.

Success is a journey, not a destination

My eyes had a wet nose