Gill Hicks AM is a woman who considers herself lucky to even be alive. Gill lost both her legs from below the knee as a result of the London bombings of July 2005. On that morning, she had to find the inner strength to not only fight for her life, but to learn to walk again using prosthetic legs. Since that day Gill has been determined to make her life count – to really make a difference for world peace. And make a difference she has 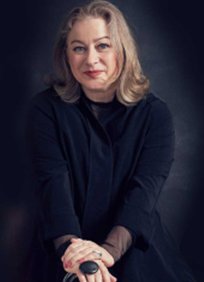 Testimonials for Gill Hicks AM

Real and raw. Gill is a lovely and brave woman. Inspiring and a fantastic way to end the conference. I wasn’t aware of her story, and was touched and inspired by her presentation to us. Wow. Gill was amazing - so humble and funny and such an amazing story of courage and resilience. The closing conference session delivered in spades. A remarkable life story and one that will stick with me for a long time. If we could measure engagement on the faces of the delegates over the 3 days, she won hands down. An absolutely brilliant choice as the closing speaker of a conference that was all about shedding fear and embracing a new world.

Gill held the audience spellbound for well over an hour. The presentation was both confronting and inspirational. It gave our members a new perspective on prioritising their lives and what is truly important as well as the sheer determination in beating the odds... truly a unique experience.

In her speaking engagements on behalf of Leonard Cheshire Disability she always manages to move and inspire people so their combined energy and creativity can be used positively to benefit others less able.

Gill is a constant reminder that our work is hugely valued and appreciated, and has become a dear friend to many. Her frequent and overwhelmingly positive comments about St Thomas', her fundraising efforts and her willingness to talk candidly about her experiences as a patient and of her recovery continue to enrich the lives of everyone who has met her since those tragic events on July 7.

Gill was the perfect speaker for the end of day - she had the audience enthralled and the evaluation feedback was 100% positive. I would have absolutely NO hesitation in recommending Gill to any event.

This was hands down one, of the most powerful and inspiring talks I've had the privilege of listening. Gill crafted an intimate space to deliver her keynote for The Business Institute’s quarterly Lecture Theatre Series which was held via national broadcast. The feedback we received during and post the event highlighted the genuine connection Gill was able to make with our audience through her own powerful story which was delivered with deep insight and empathy for the human spirit. I loved Gill's sentiments about; trusting yourself , My Wisdom CV and the importance of continuing - no matter what!! I can highly recommend engaging Gill to present for any and all levels within your organisation.

Gill Hicks AM is a woman who considers herself lucky to even be alive. Gill lost both her legs from below the knee as a result of the London bombings of July 2005. On that morning, she had to find the inner strength to not only fight for her life, but to learn to walk again using prosthetic legs.

Since that day Gill has been determined to make her life count – to really make a difference for world peace. And make a difference she has. She uses her experience to do all she can to deter anyone from following a path of violent action. She is a firm believer that we all have the strength and ability to make a difference and to create a world that is peaceful.

A published author, musician, artist and mother, Gill’s appreciation and gratitude for life is present throughout all her creative works.

Originally from Adelaide, Gill had lived in London since 1992. She returned to her native Australia after 25 years in London, continuing her passion for communicating the importance of recognising our shared Humanity by launching a new practice exploring Music, Art and Narrative as powerful forms of universal communication.

Gill is the former Publishing Director of the architecture, design and contemporary culture magazine, Blueprint, Director of Dangerous Minds multi-disciplinary design and publishing group, and latterly Head of Curation at the UK’s Design Council. Gill Hicks is a Fellow of the Royal Society of Arts, Trustee of the Women’s Playhouse Trust and an Advisor to Psychology Beyond Borders.

Gill left her career within architecture, design and the arts, notably a respected curator and publisher in London, to devote her life to deterring anyone from following a path of violent extremism and the destructive ideologies that seek to divide our global societies.

In 2006 Gill was appointed Ambassador for Peace Direct (Best New Charity 2005), in 2007 an Advocate for Leonard Cheshire Disability and has founded M.A.D. for Peace, a not-for profit organization which communicates the importance of our individual responsibility in creating a world in which extreme conflict is ended.

Gill’s first book, One Unknown, is published by Rodale, part of Pan Macmillan and was short-listed for the Mind Book of the Year, 2007.

Gill continues to be recognised and highly awarded for her work within the Arts, Community and Healthcare. She was been honoured with an MBE for her services to charity in the Queen’s New Year’s Honours List, and an AM for her ongoing devotion to making a positive difference through her own adversity. Gill became both Australian of the Year in the UK and Australian Woman of the Year in the UK.

Facing the Unknown: A story of achievement over adversity

Surviving Life - what are the attributes we need to live the best, most rewarding and fulfilling life possible.

Peace - imagine if it was a Verb!

What’s the Worst that Can Happen? - exploring what ‘we’ fear. Imagine if we took fear out of living - what could we achieve?

Choose choice - The greatest power we have is the power to choose how we want to respond and react to every single moment of our lives.