Print
Glen Hiemstra, founder and owner of Futurist.com, is dedicated to disseminating information about the future to assist individuals, organizations, and industries in effective strategic planning.An internationally respected expert... 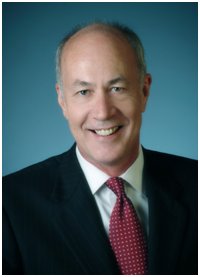 Glen Hiemstra, founder and owner of Futurist.com, is dedicated to disseminating information about the future to assist individuals, organizations, and industries in effective strategic planning.


An internationally respected expert on future trends, long-range planning and creating the preferred future, Glen has advised professional, business, and governmental organizations for two decades and has served as a technical advisor for futuristic television programs.

Glen was telling audiences about global warming and climate change...in 1987. He was writing about the age wave and the end of classic retirement...in 1995. Glen was previewing nanotechnology...in 1989. He was describing genomic science and biotechnology even earlier. Glen was studying how the Internet would change human and organizational communication in 1981, before the Internet was even a public network. In the mid-1980's he was telling people about the coming economic growth of the Pacific Rim countries. By 2001 Glen was describing peak oil and the coming energy transformation as the greatest economic opportunity of the next half-century. As early as 2006 Glen was telling people why the debt bubble would burst, as it did more than a year later.

A writer and blogger as well as a speaker and consultant, Glen is the author of Turning the Future into Revenue: What Businesses and Individuals Need to Know to Shape Their Future (Wiley & Sons 2006). Previously he co-authored Strategic Leadership: Achieving Your Preferred Future.

As a media technical advisor Glen worked with Steven Bochco Productions (creator of “Hill Street Blues” and “NYPD Blue”), among others. He is often cited in publications such as The Wall Street Journal, Forbes, US News & World Report, The Futurist, USA Today, Business Week, the Economist, and the Los Angeles Times.

A recognized expert in preferred future planning, Glen is a popular keynote speaker who can zero in on emerging trends in economics, demographics, energy, the environment, Internet and communications, science, technology, housing, and transportation. Glen goes beyond simple trend analysis to discuss the opportunities that we all have to shape the preferred future. In his consulting, Glen utilizes tools such as environmental scanning, scenario development, whole systems perspectives, paradigm shifts, and analysis of organizational culture for managing change to assist enterprises to achieve high performance.
Subscribe
© 2022 Platinum Speakers