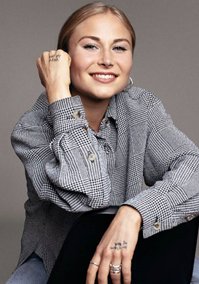 At 15 years old, Grace was groomed, stalked, and repeatedly raped by her 58-year-old maths teacher, Nicolaas Bester. He was later convicted and imprisoned.

Grace was, and still is, passionate about educating people about sexual assault and psychological manipulation and their effects on the victims and the victims’ families. Upon working with journalist Nina Funnel, they encountered a Tasmanian sexual assault victim gag law. Under this law, the perpetrator could speak publicly of their crimes. However, sexual abuse survivors, such as Grace, were prohibited from telling their stories and publishing details of their experience.

So, in 2018, they started the #LetHerSpeak campaign. With the aid of this campaign, Grace fought to repeal this law and to give a voice to Tasmanian sexual assault survivors who had been silenced by it.

In 2019, Grace was granted an exemption by the Tasmanian Government. As a result, she became the first female sexual assault survivor in Tasmania to win the right to self-identify in the media.

In 2021, Grace was named Australian of The Year for her extraordinary bravery and advocacy in raising public awareness on child sexual abuse and grooming.

Grace continues to raise awareness on the impacts of sexual violence.  She has previously worked with the Los Angeles Human Trafficking Squad,  an elite police squad in the US,  to share her experiences and the warning signs of child grooming.

She is a regular guest speaker for high-profile events and uses her platform to advocate for other vulnerable groups in the community.