Print
Graham Lowe has forged a reputation that transcends his position as a football coach and rugby league icon. From a sport which places a premium on macho image and physical rather than emotional prowess, Graham has moved beyond traditional... 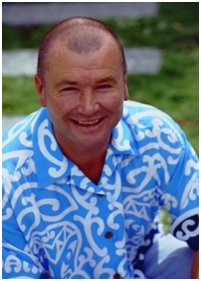 Graham Lowe has forged a reputation that transcends his position as a football coach and rugby league icon. From a sport which places a premium on macho image and physical rather than emotional prowess, Graham has moved beyond traditional masculine boundaries to appeal to a broad cross-section of New Zealand society, well outside the game of rugby league.


He is admired for his honesty, integrity and loyalty to this country. He enjoys enormous respect for his achievements as a business coach in the toughest rugby league competitions in the world. These qualities have captured the attention of many in the New Zealand business community. They readily recognise the parallels between business and sport, and understand there are many lessons for the corporate world to learn from top sporting endeavour.
New Zealand has seen Graham Lowe develop from a coaching tyro at club level in the suburbs of Auckland, to the mentor of the national team and then the guiding hand behind several of the most famous rugby league clubs in the world. There remains an element of mystique about Graham's role at this level; yet his reputation as a communicator, team and personal developer is now second-to-none in this country.
Many would value the opportunity to learn how a down-to-earth Kiwi, armed with the attributes of energy, dedication and innovation, reached the top in such a competitive world.
In recognition of his contribution to New Zealand, in 1986 Graham was awarded and presented by HM Queen Elizabeth II the QSM (Queen’s Service Medal) for services to the community of New Zealand. He was also the subject of a ‘This is Your Life’ documentary in 1993.
Graham's personal tribulations have added a further dimension to his remarkable story – one that has wide appeal. The major health problems Graham has suffered, and the way he has dealt with them, have stamped him as a special individual at a personal and emotional level. This aspect of his life has moved beyond the sporting arena, firmly into the domain of general human interest. Graham has written two autobiographies, Lowe and Behold and Dreams Die Hard. He currently writes a column commentating on rugby league for the New Zealand Herald.
Graham Lowe incorporates aspects of both personal and professional experiences into his keynote presentations. These reflect the very nature of this man – hard-hitting, down-to-earth, yet compassionate, realistic and results-driven. Relevant messages for people involved with people!
Graham has a unique humble philosophy which is based on old fashion values.
He has developed 12 Dynamic Principles, and these principles can unlock the power of individual and team corporate performance.
The 12 Dynamic Principles are simple but highly effective messages that will also help those in a leadership role.
Subscribe
© 2022 Platinum Speakers