Print
Hamish McRae is one of Europe's leading futurists on global business, economics and society. A London based economic journalist, Hamish McRae is the author of the acclaimed work on the future The World in 2020: Power, Culture and... 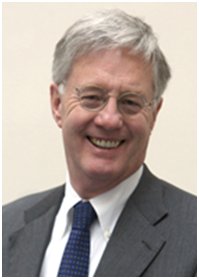 Hamish McRae is one of Europe's leading futurists on global business, economics and society. A London based economic journalist, Hamish McRae is the author of the acclaimed work on the future The World in 2020: Power, Culture and Prosperity first published in 1994 and translated into more than a dozen languages, including Japanese, Korean and Chinese.


Since the publication of The World in 2020, Hamish McRae has been in demand world-wide as a speaker on the future. He is also the principal economic commentator and associate editor of The Independent and The Independent on Sunday.
Hamish McRae's other books include What Works, Capital City - London as a Financial Centre, co-authored with Frances Cairncross, and Wake-up Japan, co-authored with Tadashi Nakamae. Hamish McRae‘s Awards include "Financial Journalist of the Year" in 1979, 1996 "Columnist of the Year" in the Periodical Publisher's Awards and in 2005, the David Watt Prize for outstanding political journalism. Hamish McRae was named "Business and Finance Journalist of the Year 2006" at the British Press Awards. Hamish McRae is also a visiting professor at the School of Management at Lancaster University and a council member of the Royal Economic Society.
Hamish McRae's current areas of work include the shift of power to the economies of Asia and the impact of the new technologies on the world economy.
Hamish McRae was educated at Fettes College, Edinburgh and has an MA in Economics and Political Science from Trinity College, Dublin. He was deputy editor of The Banker and editor of Euromoney before becoming financial editor of The Guardian in 1975. In 1989 Hamish McRae moved to The Independent where he is now associate editor.
Hamish McRae shows audiences not only where we will be in the next twenty-five years, but how we will get there. McRae offers a bold vision of a world in which the best predictor of economic success will not be based upon technological prowess but rather a nation's creativity and social responsibility. The emergence of culture and values as a source of competitive edge for industrialized nations signals a profound shift in world order. Hamish McRae demonstrates how changes in demography, the environment, government, technology and natural resources, will contribute to this new competitive landscape.

Forces for Change in the World, 2020
The Role of Intellect & Culture in Competitive Advantage
21st Century Power: Which World Regions Will Dominate?
Subscribe
© 2022 Platinum Speakers