Having spent most of his working career  engaging and developing companies, businesses and communities to  harness the power of new technology, Dr Mal Bryce is highly regarded and an inspiration to many. 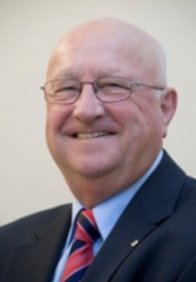 Throughout the 1990s Mal Bryce was a leading Australian pioneer in the development of the Internet industry and the application of the Internet to business, government agencies and communities. He was the architect of Australia's first online community in Ipswich, Queensland, and he led the team that implemented Australia's first community driven e-commerce project. His book on this subject - titled Switched On and published in 2010 - is a major case study in innovation and regional economic development. He was also the Director of the project team which established a new contemporary campus of the University of Queensland in Ipswich.


As Chairman of the iVEC Joint Venture from 2003 to 2013 and Chair of the Pawsey Project Steering Group, Mal led the team which has developed a world class petaflop scale supercomputing centre in Perth to service the needs of radio astronomy, geoscience and nanotechnology research.

In August 2012 Mal was awarded the Pearcey National Medal and admitted to the Australian ICT Industry Hall of Fame in recognition of a distinguished lifetime contribution to the development and growth of the Australian information and communications technology industry.