Affectionately known as ‘the Bear', Ian Maurice is an incredibly versatile presenter and entertainer. His face and voice are instantly recognisable and his laid-back, friendly style and sense of fun makes him a hit with all his different audiences. 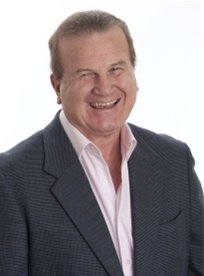 Highly professional and entertaining … we were satisfied in every way.

A real surprise packet. Ian's comedy and MC role made our presentation night a huge success.

Ian Maurice travels from QLD
Fee Range: Up to $5000

Affectionately known as ‘the Bear', Ian Maurice is an incredibly versatile presenter and entertainer. His face and voice are instantly recognisable and his laid-back, friendly style and sense of fun makes him a hit with all his different audiences.

To begin with, he's a veteran TV presenter having appeared on all three commercial networks in shows such as State of Origin, Wide World of Sports, Sports Sunday, The Today Show, A Current Affair and the top-rating Sunrise program on the Seven Network.

On radio, Ian is part of the 4BC line-up. He hosted the top-rating evening programme in Brisbane for almost eight years and currently hosts weekend mornings on the station.

Ian Maurice is also an outstanding singer who has appeared live in many venues around Australia. With over 30 years musical experience, Ian loves to entertain and his special love is the cabaret environment. Whether it's the intimate, jazzy atmosphere of a small room or belting out a number with a big band, Ian's happy as long as he can sing.

He was a regular performer on the long-running Midday Show and Bert Newton's Good Morning Australia on Channel Ten. He was chosen to open for multi Grammy award winner Al Jarreau's shows in Melbourne and on the Gold Coast. He has also appeared with the Queensland Pops Orchestra at QPAC and is a regular performer at clubs and concert venues.

Since 1997, Ian has released four albums: The Bear Comes Out, Ian Maurice by Request, What Is That Song? and That's All. Ian also loves treading the boards and has performed on stage in Brisbane in shows including Behind the Bright Lights, Movie Madness and Guys and Dolls.

Last, but by no means least, Ian is also an entertaining speaker and MC. As a speaker he delights audiences with a walk through his life in the media, including his dealings with the legendary Kerry Packer, the start of State of Origin and World Series Cricket, the goofs and the commentary slips.

Ian ‘The Bear' Maurice is the perfect all-round host and entertainer for your next function.