Print
Television journalist, author and columnist Jacinta Tynan has been a TV News Reporter and Presenter for some 25 years including ABC TV, where she reported for 7:30 Report and News and presented National Late News and Australia Television International News, and more recently as a presenter at Sky News Australia. 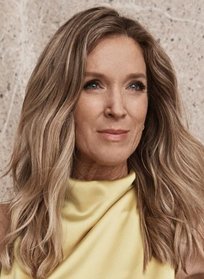 Jacinta was an excellent Master of Ceremonies. She was well briefed, entertaining but concise and engaged the audience extremely well.

Jacinta recognised the sensitivity of the subject… stuck closely to the running order… but also has the nouse and ability to ad lib when required… has a wonderful sense of humour and a classy presence.

“We really appreciated Jacinta’s professionalism and presentation style as well as her natural ability to effortlessly engage our speakers and audience. With delegates from around the world in attendance Jacinta fit the bill perfectly and was an ideal ambassador for the event.”

“You were terrific. Thoughtful, understanding of our cause, and a real empathy for our members. We really appreciated how you strove to get to know us. It was a fun and highly enjoyable afternoon with good fundraising, and you certainly played your part in this. It was a pleasure dealing with you.”

Jacinta did an outstanding job as MC at the business Forum, an event attended by six ministers of the Papua New Guinea government and a veritable who’s who of the bilateral business community … she displayed high levels of intelligence, charm, wit and grace introducing guest speakers, bringing sessions to a timely conclusion, and getting them started again after breaks. She pitched in unstintingly and became an invaluable part of our team running the event. It was an absolute delight to have Jacinta work as part of our team at the Forum.

Television journalist, author and columnist Jacinta Tynan has been a TV News Reporter and Presenter for some 25 years including ABC TV, where she reported for 7:30 Report and News and presented National Late News and Australia Television International News, and more recently as a presenter at Sky News Australia.

Jacinta is also regarded as a commentator for her generation with her popular and candid columns about contemporary life, love and getting it right, and the joys of motherhood.

Jacinta is one of Australia's most experienced news presenters and has worked in front of the camera in the UK and the US. Now an anchor with Sky News Australia and a regular on Channel Seven's Sunrise, Jacinta has made numerous guests appearances including on Insight (SBS), and Today Tonight's special on Australia's Most Influential Women. She was also brave enough to appear on The Chaser!

Jacinta Tynan is an engaging and popular MC and public speaker who is highly respected for her professionalism as well as her ability to add fun and humour to events.

Jacinta has had an extensive career as a television journalist. Prior to joining Sky News, she presented news for ABC TV's international satellite news service, ABC Asia Pacific, was a reporter for the 7:30 Report, a journalist on the National News team and a back-up presenter for the 7pm Sydney Bulletin, Weekend News and World at Noon.

Jacinta has also worked as a current affairs reporter for Australia's Seven Network (filing from North America and the UK), was the London-based producer for NBC America's entertainment programs and an international news producer for APTN London.

Since the release of her first book, Good Man Hunting and the success of her newspaper column in the Sunday Telegraph, Jacinta has been in high demand to speak about the so-called plight of single women in their thirties and the pressure to meet a man and have babies. Her second book, Some Girls Do: My Life as a Teenager is an anthology of women writing the true story of their adolescence. Royalties are donated to SISTER2Sister - a mentor program for disadvantaged teenage girls - for whom Jacinta is Patron.

In 2015 Jacinta published her third book, Mother Zen, part memoir, part manifesto on modern parenthood, chronicling her own experience as a new mum, the book inspired by a controversial column she wrote about how much she loves motherhood, which every mother in Australia seemed to have an opinion on.

In 2006, Jacinta was personally invited by the former Federal Communications Minister, Senator The Honourable Helen Coonan MP to MC a gala dinner to celebrate the history of women in Cabinet, in The Great Hall at Parliament House, Canberra, with then Prime Minister John Howard as Guest Speaker. She also MC'd the annual Power of Women dinner, hosted by Senator Helen Coonan to coincide with the 2007 Federal Budget.

Other more recent roles include being the host for the Talent Unleashed Awards with Richard Branson as special guest, MC for ANZ Bank's 180th Birthday Dinner at The NSW Art Gallery, and MC for the opening night of the prestigious Luxperience Luxury Travel Expo at Sydney's Town Hall. Jacinta was also the guest speaker at the 2015 Gidget Foundation's annual Ladies Lunch with more than 500 women in the audience.

Jacinta Tynan has a Bachelor of Communications from Australia's prestigious Charles Sturt University majoring in Broadcast Journalism (High Distinction average). She also studied at Canada's Vancouver Film School (1996) and wrote and produced a short film which was a semi-finalist in Australia's Tropfest 2000 Awards.